Here are three stocks that could make big headlines down the road.

Daniel Miller (CarGurus): If you're looking for a growth stock that many investors haven't heard of, one intriguing option is CarGurus, which went public late in 2017. You've maybe seen the company's advertising and recognize the name, but if not, CarGurus is a global online automotive marketplace that connects buyers and sellers of new and used vehicles. While there is a list of online vehicle competitors, CarGurus is the No. 1 online U.S. automotive marketplace in terms of total monthly visits, total monthly unique visitors, total monthly mobile unique visitors, and total visits per visitor. 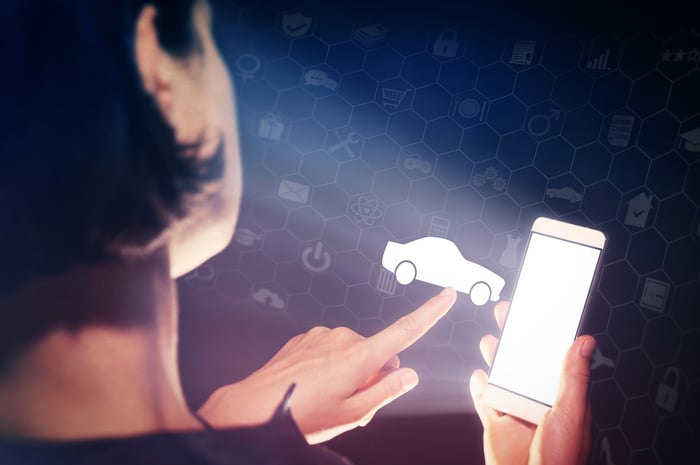 Not only is CarGurus a step ahead of the competition per the previously mentioned metrics, it's poised to benefit from the growing online automotive trends. Consider that consumers averaged five dealership visits prior to a purchase in 2005; in 2015 the average visits prior to purchase dropped to 1.6 due to more online shopping and research. Further, total U.S. automotive industry marketing spending online was $21 billion in 2017 and is expected to reach $27 billion in 2022. Compare that to offline marketing spending of $16 billion in 2017, which is expected to drop to $14 billion in 2022.

Going forward, CarGurus will need to grow the size of its consumer base by providing solutions for more consumer needs. CarGurus could expand by offering solutions such as inspections, finance and insurance, and warranty, among others. On the flip side of the equation, CarGurus also needs to rope in more paying dealerships and expand overseas. If management can successfully solve more consumer needs, and rope in more dealerships, the growth story becomes compelling for investors.

Check out the latest earnings call transcripts for CarGurus, and JD.com.

Jeremy Bowman (JD.com): After a dismal 2018, a lot of investors may have given up on JD.com, but the Chinese e-commerce giant looks poised to recover this year. For investors who aren't familiar with JD.com, the company is the No. 2 Chinese e-commerce company, behind Alibaba, and has made significant investments in logistics and technology that have drawn comparisons with Amazon.com. It's also attracted investments from the likes of Walmart and Alphabet.

JD.com has quickly added warehouses across China, finishing last year with 550 facilities, and the company looks poised to take advantage of its investments in speedy delivery. JD just polished off a year where revenue rose 27.5% to $67.2 billion, and it should continue to put up strong growth numbers as more Chinese embrace e-commerce and delivery capabilities get even better.

JD also has an upside after the stock fell so much last year. In December, CEO and Founder Richard Liu was exonerated after being arrested on a rape allegation last September, lifting a cloud over the company, and it returned to profit growth in the fourth quarter after costs had mounted earlier in the year.

Chinese stocks have gradually moved higher as the U.S. and China have taken steps toward a trade agreement, and JD could soar if the two sides reach a compromise, as it would relieve a key investor concern as well as a headwind from the Chinese economy if the U.S. lifts tariffs.

Beyond China, JD also has ambitions of expanding into Europe and the U.S., giving investors another reason to believe they could get a second crack at Amazon-like growth. Considering its growth prospects, JD.com still looks cheap at a P/E of less than 30 based on 2020 expected earnings.

Jordan Wathen (Charles Schwab): Best known as a brokerage firm, Charles Schwab is one of the most-impressive financial businesses on the market today. The company generates roughly 57% of net revenue from its highly profitable online bank, with the remainder coming from its traditional asset management and brokerage lines of business.

The banking unit is one of the best in the industry. Schwab had nearly $231 billion of client deposits at the end 2018, the majority of which stem from cash that is swept from customers' brokerage accounts. These are very sticky deposits that are unlikely to leave, and thus Schwab doesn't need to pay a market rate of interest on them. Last year, Schwab paid an average of 0.27% on its average deposit (0.38% in the fourth quarter), a fraction of the yield offered on one-month Treasury bills. As rates rise, Schwab Bank's earnings will follow.

Schwab shares trade for about 18 times earnings, a reasonable multiple for a business that could grow its bottom line at a high-single-digit rate for years to come.