Please ensure Javascript is enabled for purposes of website accessibility
Log In Help Join The Motley Fool
Free Article Join Over 1 Million Premium Members And Get More In-Depth Stock Guidance and Research
By Rick Munarriz – Updated Jul 13, 2020 at 8:22AM

I looked at three stocks to avoid last week, and the three investments proved to be even more volatile than I expected them to be. The world's largest cruise line moved 2% higher for the week, matching the market's positive return. The other two stocks declined 5% and 34%, bringing the average return of the three investments to negative-12%. Let's size up three stocks that seem vulnerable this time around. 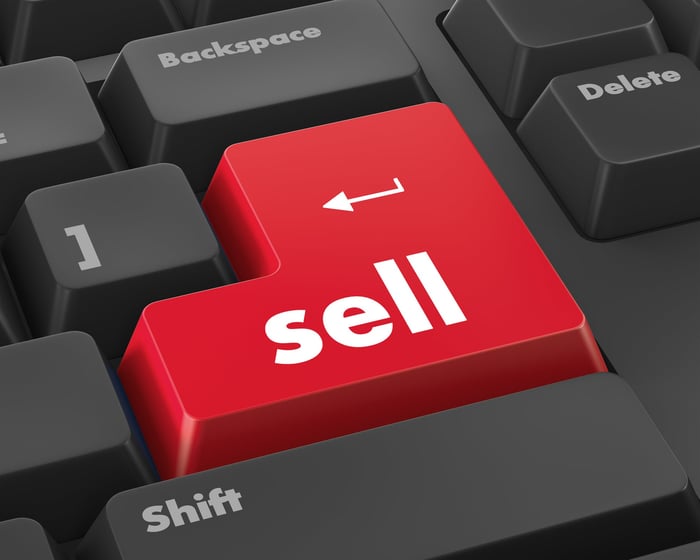 This won't be the first time someone argues that shares of Tesla Motors are overvalued -- only to probably get burned by the bulls. I realize that Tesla Motors has momentum on its side, and it has never been cheap by any valuation measure. However, it was sobering to see the stock hitting an all-time high shortly before Friday's close.

Tesla Motors stock soared 28% last week alone. It has more than tripled in 2020. With the fast-growing maker of electric vehicles reporting earnings this week, is the market discounting a blowout report? The stock isn't cheap. Tesla trades at an enterprise value 11.3 times its trailing revenue. You may know market darlings that trade at higher multiples, but they're not toiling away in the low-margin automotive industry. Gas is cheap these days. The recession is going to eat at big-ticket purchases. Tesla Motors deserves props for everything it has done to make eco-friendly vehicles fashionable, but this doesn't seem like a company deserving of its $286 billion market cap.

You don't have to take my word for it. Elon Musk felt the same way two months ago.

Tesla shares have nearly doubled since Musk's tweet. The long-term outlook for Tesla is fabulous. The near-term prospects for its inflated stock are problematic.

Earnings season is under way, and one name to watch is Charles Schwab. The leading discount broker with more than $4 trillion in client assets reports quarterly results on Thursday. Schwab does a good job of putting out weekly trading trends and monthly client activity, so we have a good idea of how its business is holding up. The problem is that between its shopping spree, the industry's shift to commission-free stock trading, low interest rates, and a race to the bottom on expense ratios for investment products, there are plenty of ways for the bellwether to fumble on the bottom line.

Schwab has fallen short of Wall Street's profit targets in back-to-back quarters, and analysts see a decline in earnings for the current quarter and for all of 2020. With so much that can go wrong, it's probably a good idea to stay on the sidelines to see how the fresh financials play out.

I don't make it a habit of repeating stocks in this column in back-to-back weeks, but I'll make an exception for XpresSpa. The provider of spa services and wellness-related retail products at 50 locations across 25 airports dipped 5% last week, losing to the market's 2% advance.

XpresSpa put out a seemingly positive financial update last week, but it wasn't enough to dig the stock out of last week's hole. Its airport-focused spas are a hard sell in this climate, and the company is trying to shift gears by converting some of its storefronts into XpresCheck outlets. The first XpresCheck opened at New York's JFK last month to test airport employees, and XpresSpa is in active negotiations with airports for future locations.

Despite raising roughly $48 million this year in a move to beef up its liquidity, we've seen its share count explode in 2020, even with a 1-for-3 reverse stock split last month. Its market cap has cracked above $200 million, but is it warranted? The old model wasn't working even before COVID-19 struck. Revenue dipped in 2019, and XpresCheck is either a temporary fix or symptomatic of a long-term drag on airport traffic. It's a lose-lose scenario.

If you're looking for safe stocks, you aren't likely to find them in Tesla Motors, Charles Schwab, and XpresSpa this week.