Please ensure Javascript is enabled for purposes of website accessibility
Log In Help Join The Motley Fool
Free Article Join Over 1 Million Premium Members And Get More In-Depth Stock Guidance and Research
By Rick Munarriz – Jul 1, 2020 at 9:30AM

Selling is never as easy as buying.

I did a bit of portfolio pruning last month, unloading a few of my stocks in June. Last week I went over some of the names that I cut loose to raise funds to eventually apply elsewhere, but now it's time to go over some of the other investments I sold, including Sonos (SONO -1.01%), Charles Schwab (SCHW 0.25%), and Sleep Number (SNBR -0.66%).

Some decisions were harder than others, but let's dive into all three moves. 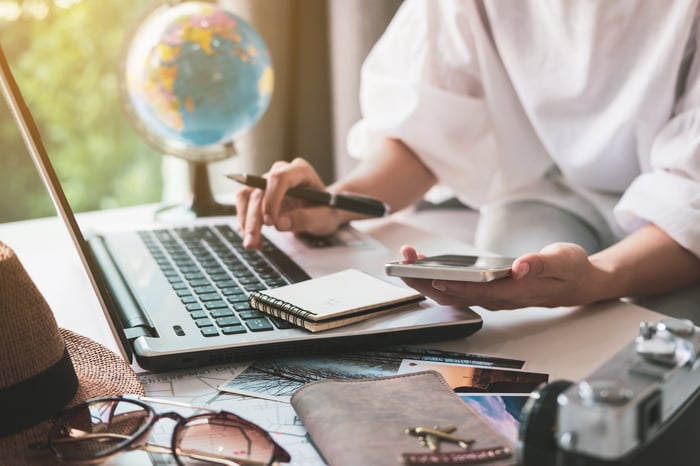 Sonos has come through with 13 consecutive fiscal years of positive revenue growth, and that streak is likely coming to an end. Revenue declined 17% in the wireless audio pioneer's latest quarter, a stark reminder that even a company that improves the entertainment quality at home during this stay-at-home phase of the pandemic isn't immune to the malaise.

There's still a lot to like in Sonos. Its products are now in more than 10 million homes, and they are being put to good use. Listening hours rose 32% in March over the prior year, and accelerated to a 48% clip in April. There will be challenges, and last week Sonos announced that it would be eliminating 12% of its workforce as well as shutting down its New York retail store and a half-dozen satellite offices. Sonos' strong brand is still appealing, and the well is never dry when it comes to acquisition chatter. I'll keep a close eye on Sonos until there's more clarity on the situation, but I figured I would lock in a 27% gain in a frothy market to invest elsewhere.

The one stock I did sell at a loss was Charles Schwab. I bought into the leading discount broker two years ago, figuring that sector consolidation would benefit the larger players. When Schwab announced that it would be acquiring TD Ameritrade in a $23 billion deal late last year I figured my theory would be validated. Fewer players would free the remaining titans to increase pricing -- but things were already going the other way on that front.

With the popularity of Robinhood and other free or nearly free trading platforms, Schwab and other discounters announced a shift to commission-free stock trading. With low interest rates and investment products at rock-bottom expense ratios, it's going to be a challenge for the industry to return to its former glory anytime soon. I sold my position at a 28% loss.

I was a shareholder in Select Comfort for years before giving up on the company behind the air-chambered mattresses with adjustable firmness settings, but it worked out a lot better the second time around. I sold my position for a 76% gain two months after buying into the company that has since been renamed Sleep Number.

Sleep Number has been riding high on the success of its Sleep Number 360 mattress, billed by the company as the first smart bed, since it can adjust its firmness and even elevation based on sleep patterns it actively monitors. Net sales rose 11% and adjusted earnings per share skyrocketed 70% in Sleep Number's latest quarter, despite having 80% of its showrooms closed by the end of March. Sleep Number has been able to keep sales streaming through the pandemic with strong e-commerce and phone support -- and who doesn't want a better bed with all the time we've spent at home these past few months? Sleep Number is the one I regret selling the most, but with the wild swings of the stock market I felt it was my best move to lock in a big win to raise funds to invest in new opportunities.

3 Reasons Why Sleep Number Stock Is Becoming a Nightmare
356%