Please ensure Javascript is enabled for purposes of website accessibility
Free Article Join Over 1 Million Premium Members And Get More In-Depth Stock Guidance and Research
By John Bromels - Updated Apr 15, 2019 at 11:14AM

Elon Musk's latest reveal is unlikely to change much for the top electric-car maker.

It was going to be the biggest unveiling in the history of Tesla ( TSLA -1.09% )! The company's new Model Y crossover SUV was set to have iconic gull-wing doors and a price tag under $40,000! And on March 14, the big reveal came, and the car...had neither of those things (at least, not yet).

Perhaps it was disappointment by legions of gull-wing door fans or maybe impatience that no deliveries would begin for a year and a half, but the stock market sent Tesla's shares down about 5% in the wake of the announcement, to their lowest level all year. But here's why Tesla fans -- and skeptics -- shouldn't worry too much about the Model Y (at least, not yet). 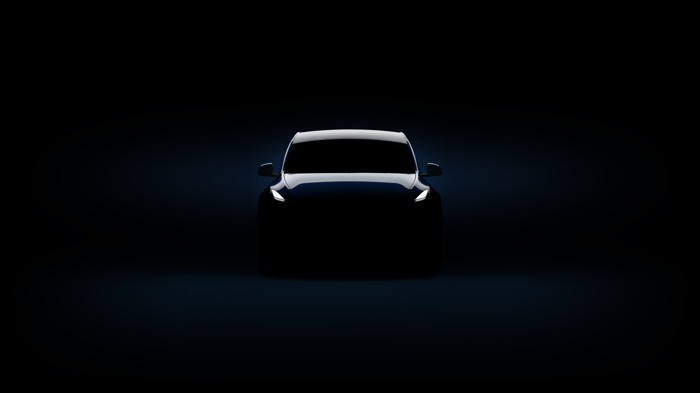 The Model Y follows the classic formula of a crossover SUV: A manufacturer takes the frame of one of its sedans that's already in production -- in this case, the Model 3 -- and alters the design just enough to put an SUV body on the sedan frame.

In the case of the Model Y, though, it really looks like a Model 3 with a hatchback. The Model Y will boast some additional cargo room, and will borrow the Model X's additional back row of fold-up jump seats, allowing the car to seat up to seven. The trade-off is a slightly shorter range. It will share about 75% of its parts with the Model 3.

On the one hand, this should help the Model Y have a smooth(er) rollout: With Tesla having already solved many of the headaches it experienced ramping up Model 3 production at its Gigafactory -- where the Model Y is also slated to be produced -- it should be comparatively simple to make small adjustments to the production line and turn it loose.

On the other hand, with the cars so much alike, won't Model Y sales simply eat into the sales of the existing Model 3?

Honestly, I'm probably the perfect target market for the Model Y. I currently drive a Toyota Prius, but now that my kids are getting older, I could use more cargo room and an extra row of seats for when Grandma wants to come along to the taekwondo tournament or the ballet recital. I've been following Tesla for a while, and a generous friend let me take the wheel of his Model 3 a few weeks ago (thanks, Mike!) and I thought it was fun to drive.

So I'd consider buying a Model Y, and there are probably a lot of folks like me out there. According to data by J.D. Power, about half of new car sales are SUVs or crossovers. And there are limited options for fuel-efficient versions of larger passenger vehicles. For example, there's only one hybrid minivan available in the U.S. right now (the Chrysler Pacifica). This means the potential market for the Model Y should be huge.

But the price tag of the premium versions of the Model Y, which are slated to come off the assembly line in late 2020, will be between $47,000 and $60,000. That puts the vehicle out of reach for many potential Model Y customers (myself included). The $39,000 version of the Model Y isn't going to be available until at least 2021, so sales until then will likely be limited. And keep in mind that Tesla has a very spotty record when it comes to delivery dates, so it's not unreasonable to think that the base price Model Y might not be available for three years or more.

In the meantime, you can bet Tesla's competitors are going to be rolling out their own crossover SUVs, possibly in hybrid or electric versions. Just four days after Tesla's announcement, Fisker announced it would also offer a $40,000 electric SUV by 2021. Or you could get that Chrysler Pacifica hybrid today for about the same price as the base Model Y -- definitely not as cool, but at least it's available.

In his rollout of the Model Y, CEO Elon Musk didn't spend a whole lot of time talking about the car. Instead, he went on at length about the manufacturing struggles the company has faced in recent years. This echoed comments he made in a January letter to employees that "the road ahead is very difficult." The company recently backtracked on an announcement that it would close most of its Tesla stores to help keep vehicle costs down. The company's much-heralded solar roof seems to be mired in technical issues keeping it from being widely available.

While Tesla has managed to turn a profit in the last two consecutive quarters -- a first for the company -- its margins may be about to suffer as the lower-priced base version of the Model 3 becomes more widely available. All of this is occurring independently of the Model Y's rollout, and has a lot more bearing on Tesla's investment thesis than the Model Y does.

Musk predicts that Tesla will sell 1 million Model Ys, and that's probably not farfetched. But what's unclear is how long will it take to get production started and then ramped up, how much the Model Y will eat into sales of the higher-priced Model X and comparably priced Model 3, and what competitors and a fast-evolving automotive landscape will do in the meantime. Oh, and the little matter of whether Tesla can actually turn a sustained profit as it moves toward more lower-priced automobile offerings.

Simply put, the Model Y isn't necessarily going to be a game-changer for Tesla. And even if it is, we won't know for at least a couple of years. So, resist the urge to buy or sell the company based on this news.