With a growing number of economists predicting a recession in the United States within the next two years, investors may want to start to load up on so-called defensive stocks. Economic recessions, after all, tend to go hand in hand with steep downturns in the broader markets.

With this theme in mind, we asked three of our Motley Fool contributors which defensive stocks they think are worth buying ahead of the next market crash. They picked BioMarin (NASDAQ:BMRN), Waste Management (NYSE:WM), and Walmart (NYSE:WMT). Here's why. 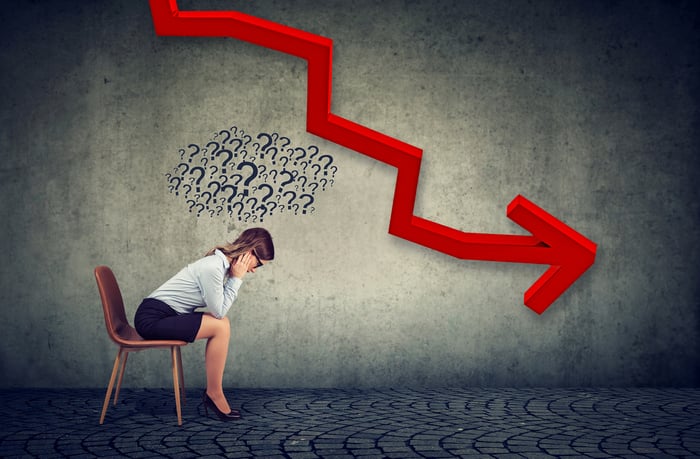 George Budwell (BioMarin): Recession-proof equities are a rare breed. Not many companies run operations that are essentially independent of the economy, after all. But that's what sets the orphan-drug specialist BioMarin apart from the crowd.

With seven drugs indicated for rare diseases already on the market and two more in late-stage development, BioMarin is poised to become an elite orphan drugmaker within the next decade. Why does this matter?

Orphan drugs are highly prized commodities within the pharmaceutical industry for a number of reasons. First off, these drugs rarely face pushback from third-party payers, even though these products tend to be some of the most expensive medicines on the market. Secondly, a fair number of these drugs are absolutely essentially to a patient's welfare. You can't simply skip a treatment in most cases -- making these products extremely reliable sources of income for their manufacturers. Last but certainly not least, orphan drugs generally have much longer shelf lives than their non-orphan peers. Rare-disease manufacturers, in turn, aren't nearly as vulnerable to patent expires as traditional pharma companies.

Why BioMarin in particular? BioMarin has an excellent track record at bringing important new orphan drugs to market in a timely fashion. Last year, for example, the company grabbed its seventh regulatory approval with the phenylketonuria treatment called Palynziq. This latest addition to its impressive product portfolio is expected to help boost the company's 2020 sales by a whopping 15% year over year. The best part is that the overarching economy should have little impact on BioMarin's growth trajectory.

Check out the latest earnings call transcripts for BioMarin, Waste Management, and Walmart.

Clean up with this defensive stock

Keith Noonan (Waste Management): Waste Management's business might not be very exciting, but "boring" can be one of the best characteristics to look for when you're hunting for stocks that might actually be worth buying ahead of a potential market crash. The company's dependable, low-risk business model makes it the type of stock that investors could flock to in the event that the broader market takes a bearish turn.

When it comes to hauling trash and operating landfills, Waste Management looks primed to continue enjoying what effectively amounts to a regional monopoly, and these industries shouldn't feel much pressure from a potential economic downturn. Shares might not look cheap trading at roughly 23 times this year's expected earnings, but the company has a strong business and operates in industries with very high barriers to entry -- and these characteristics should ensure the company is able to keep growing.

Waste Management also pays a dividend, with its yield coming in at roughly 2% and the company having raised its payout on annual basis for 15 years straight. Again, not the most exciting dividend profile in the world, but it's a solid yield for a recession-proof company that's delivering regular payout growth. So while the trash hauling and storing business won't be shedding its less-than-glamorous reputation anytime soon, an encouraging outlook for the business and more dividend growth suggest that Waste Management stock could continue to be a winner.

Jeremy Bowman (Walmart): While most investors would rather buy stocks after the market crashes than before, it doesn't hurt to be prepared. One stock that could even benefit from the next recession is Walmart.

The retailer that invented Everyday Low Prices still lives by its reputation for savings today so the company tends to do better than most when consumers tighten their purse strings. With more than half of domestic sales coming from groceries, Walmart also sells mostly essential items that consumers need to buy no matter what the economy is like. Moreover, Walmart is a Dividend Aristocrat, having raised its quarterly payout every year since 1974, and today offers a dividend yield of 2.1%.

If Walmart's strengths as a defensive stock aren't enough, the retail giant could even benefit from the next recession or market crash as it will likely hit its rivals harder. For instance, a number of retailers are already closing stores and even teetering on bankruptcy and a recession would only hasten that process, giving Walmart an opportunity to gain market share, especially in rural America.

The company has also recently gone on a shopping spree for digitally native brands like Modcloth, Bonobos, Bare Necessities, and others, and a market crash could force more of them to put themselves up for sale as it will get harder for them to raise funding and find customers.

Though Walmart's sales could be pressured by a recession, there are a lot of reasons to think that the retail giant could emerge in an even stronger position when the economy recovers.