Apple's announced plans will make it easy to give your entire family access to your new subscription.

As Apple's hardware sales slow, it has increased its focus on developing valuable services with recurring revenue. The services business brought in $10.9 billion in revenue in Apple's first quarter at a gross margin nearly twice as wide as Apple's hardware sales. CEO Tim Cook says the company is on track to meet its goal of doubling its 2016 services revenue by 2020 to reach nearly $50 billion in annual revenue.

Apple doesn't expect to thwart password sharing any better than the big subscription services such as Netflix (NFLX 2.17%), Spotify (SPOT 3.97%), or HBO have to this point. In fact, it appears Apple won't stop it at all. Apple is actually promoting the fact that you can share your subscriptions with family -- and it's making it easy to do so. 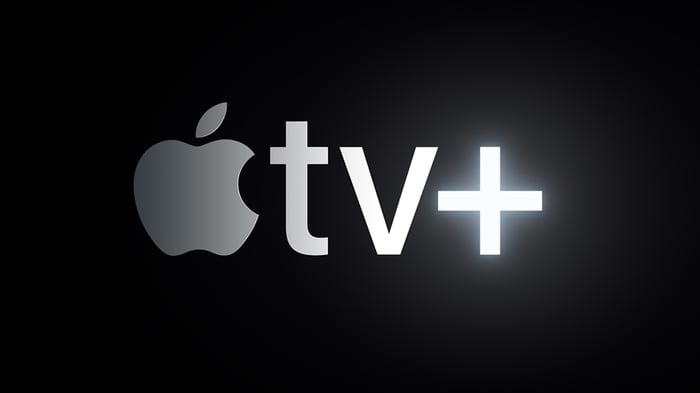 HBO was one of the first companies to address the problem of password sharing among subscription video services. When asked about the record-setting amount of piracy for Game of Thrones in 2013, former Time Warner CEO Jeff Bewkes said it was "better than an Emmy." HBO CEO Richard Plepler didn't think password sharing was so bad, either.

Plepler went on to explain that things like illegal downloading, password sharing, and even cable splitting are a great marketing tool for HBO. He expected those things to attract customers to its products when they can afford to pay, and he argued that only consumers HBO otherwise wouldn't reach are pirating its content.

Netflix CEO Reed Hastings disagreed. He joked about sharing Plepler's Netflix login and indicated he doesn't condone password sharing or think it's good for business in any way.

But, helpless to stop it, Netflix instead released a new higher-priced plan in 2013 enabling four simultaneous streams. It's since raised its plan prices, and its multi-stream plans have seen the price increase at a much faster pace than its single-stream plan in an effort to monetize password sharing. In 2016, Hastings admitted the company isn't coming after password sharers, and he even began to agree that account sharing could be good for the business.

When HBO launched its direct-to-consumer service in 2015, it started with a relatively high price: $15 per month. That gave subscribers access to three simultaneous streams, so it appears Plepler and HBO built password sharing into its pricing.

When Spotify introduced family plans in 2014, it opened the door for customers to abuse its preferential pricing. And when it revamped family plans in 2016 to lower the cost for bigger "families," it practically took the door off the hinges. Spotify has since tried to take steps to curb abuse, but ultimately it decided to accept account sharing outside its terms and look to maximize the lifetime value of family plans.

Password sharing has become commonplace, and subscription services need to expect at least some customers to transgress the terms of service and "accidentally forget to log out of their friend's device."

Instead of trying to combat it, Apple is going the other way with its services, integrating its subscriptions with its Family Sharing feature. Family Sharing allows families to share App Store and iTunes downloads with up to six "family members," and soon users will be able to share News+, Arcade, and TV+ subscriptions this way as well.

That could have a significant impact on Apple's services business. It might have to pay publishers greater royalties if multiple readers are getting eyeballs on their premium content. Game publishers might want a higher percentage as well if four kids all get to play a game on their own devices instead of needing a separate download for each.

There's also the opportunity cost to consider. If Apple is allowing subscribers to share access to all of its subscription services, it could negatively affect the number of users paying for downloads on the App Store or iTunes. Over the long term, however, subscriptions could encourage consumers to spend more overall, even if they're sharing accounts. Cook said iTunes just had its best quarter ever thanks to Apple Music subscriptions -- which offers a $15-per-month family plan.

Apple didn't announce pricing for Arcade or TV+, but it shouldn't be a big surprise if the price is higher than anticipated, or if Apple charges extra for Family Sharing. The subscription services represent a significant change to its services business, and account sharing needs to be a major consideration in the pricing. Netflix, Spotify, and HBO have all learned to stop worrying and love password sharing, and it appears Apple is on board as well.