One of T-Mobile's (NASDAQ:TMUS) big arguments supporting its merger with Sprint (NYSE:S) is that the wireless telecom and cable industries are moving into each other's territory. Cable companies are offering wireless phone service to their customers and wireless carriers are looking to offer in-home broadband internet and video services.

T-Mobile took its first steps into cable's territory this month, piloting home broadband internet service for its customers in rural and underserved markets. The company plans to test the service with 50,000 homes this year and will charge just $50 per month for speeds up to 50 Mbps.

T-Mobile plans to offer home broadband service to half of U.S. households as it rolls out its 5G wireless network. It's also going to offer video service comparable to cable TV, relying on its 2017 Layer3 TV acquisition. If T-Mobile can do to the cable industry what it's done in the wireless industry over the last half decade, home broadband and video service could provide a huge boost to the company's top and bottom lines. 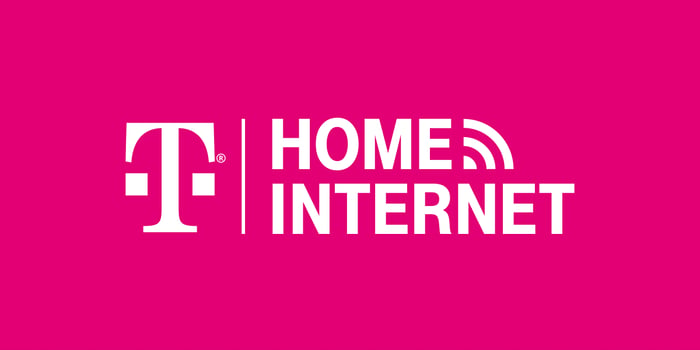 By 2024, T-Mobile expects its network will be able to serve 9.5 million customers. That represents nearly 10% of the total market today. Due to a combination of low pricing ($50 per month) and the low-competition markets where T-Mobile will promote the service, it's not out of the realm of possibility that T-Mobile could reach 9.5 million home internet subscribers within five years.

If it does, those subscribers represent a $5.7 billion revenue opportunity. That's more than 13% of T-Mobile's overall revenue last year, and nearly 18% of its total service revenue.

Check out the latest earnings call transcripts for T-Mobile and Sprint.

T-Mobile originally planned to launch a video service last year, but it had to delay launching a national product. The company has grand plans in theory, but it's finding them very difficult to enact practically. T-Mobile wanted to launch a service that subscribers could watch where they want, when they want, and on whatever screen they want. What it found is video rights are a lot more complicated than that.

T-Mobile still expects to launch an in-home television service before the end of June, although COO Mike Sievert notes the project isn't date driven. Sievert also said he thinks T-Mobile can play a role in aggregating over-the-top video services, delivering content to its subscribers, and handling billing for media companies.

Either product could play a crucial role in encouraging customers to sign up for T-Mobile's home broadband service. The cable industry has long offered bundled services of video and home internet with the idea of reducing subscriber churn. That theory may be falling apart, though. If it works for T-Mobile, however, it's well worth the cost due to the profitability of its internet service.

The delay in T-Mobile's television service shouldn't be a major concern for investors. The launch of its home internet pilot is much more promising, in terms of both profitability and getting final approval on its acquisition of Sprint.