Ford Motor Company (F -2.86%) said that it will spend at least $900 million between now and 2023 as it prepares to build electric and autonomous vehicles at two sites in Michigan.

Ford's plan is a revamp of a previous one to expand a factory in Michigan to build future-tech products, including a self-driving vehicle. But this announcement isn't just inside baseball: It's a signal that Ford is scaling up its near-term efforts for electric vehicles.

That makes it important to Ford investors. Here's what we know. 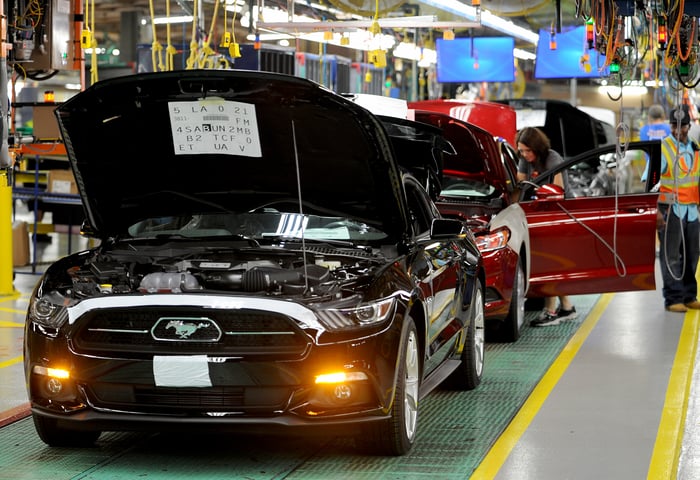 Back in early 2017, Ford said that it planned to expand an existing factory in Flat Rock, Michigan, to build two new advanced-technology vehicles: a self-driving vehicle that will have a gasoline-electric hybrid drivetrain, and a new all-electric SUV. (The Flat Rock factory currently builds the Ford Mustang and Lincoln Continental.)

That plan has since been revised. Ford now says that it will spend around $850 million to expand and revamp the Flat Rock plant to build its upcoming new generation of battery-electric vehicles (but not the self-driving vehicle). Part of that investment will also fund the tooling needed to build the next-generation Mustang.

Wait. Does this mean the Mustang is going electric?

Nope. While Ford has confirmed that a hybrid version of the Mustang is on the way, it isn't abandoning internal combustion for its iconic muscle car. The Mustang will be built on its own assembly line, separate from the new electric Fords.

(This news does, however, call into question the future of the Lincoln Continental: Will there be a next-generation Continental, and if so, might it be electric? Ford isn't saying.)

But what about that self-driving Ford?

Ford said it will build a new facility for its upcoming self-driving commercial vehicle. That facility will install self-driving systems in "purpose-built, commercial-grade hybrid vehicles" built by Ford elsewhere, the company said. (It isn't clear where.)

Production of the self-driving Ford is still set to begin in 2021, in line with the old plan.

Isn't there a battery-electric Ford SUV coming next year?

Yes, but it won't be built at Flat Rock. The vehicle that Ford has described as a Mustang-inspired battery-electric performance SUV will be built at a Ford factory in Cuautitlan, Mexico, that currently builds the subcompact Ford Fiesta.

Ford will begin retooling the Cuautitlan factory to build the electric SUV after Fiesta production ends in August. 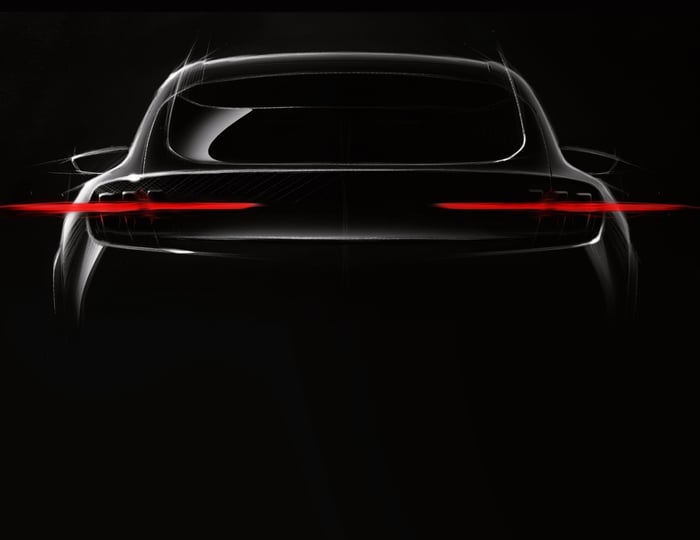 Ford will launch a Mustang-inspired high-performance electric SUV next year. Ford said that SUV will be built in Mexico, at the factory that now builds the small Fiesta. Image source: Ford Motor Company.

The simple way to think about it is that Ford is preparing two North American factories to build battery-electric vehicles at scale. It's also building a new facility to assemble the self-driving commercial vehicle it has promised for 2021.

But there's a bigger-picture takeaway here as well. It seems as though investors have been listening to the big automakers talk about electric vehicles and self-driving capabilities for years now. But unless you were privy to the discussions and investments happening behind the scenes, it seemed like just talk, like the automakers had no substantive answer to Tesla (TSLA -6.32%) and other new entrants into their space.

But Ford's investment, and those of several other global automakers, finally provides clear evidence that the talk hasn't been just talk. When automakers deploy capital on this scale, it means that those new products really are on the way.