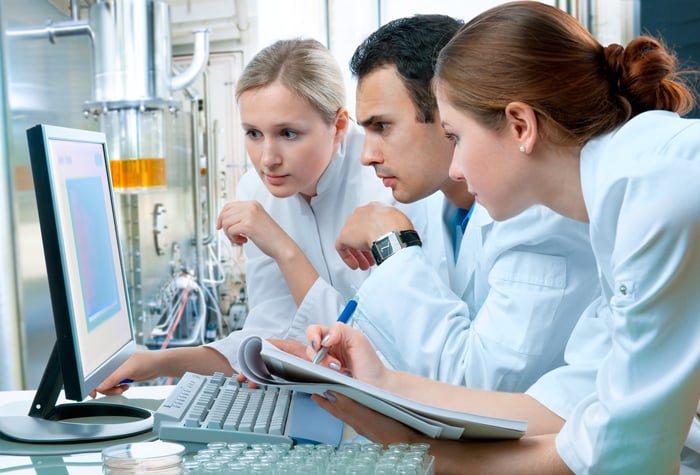 In the earnings call, interim CEO David Rowland reiterated Accenture's commitment to high-growth operations in a category labeled "the New." These businesses, built around digital services and data security, accounted for 65% of the second quarter's revenues. That's up from 60% in the first quarter and 55% in the year-ago period.

"The foundation of our growth strategy is to drive strong momentum in the New," Rowland said. "That has certainly been the case so far this year with continued double-digit growth across digital, cloud, and security, even as these businesses have reached significant scale and now represent the majority of what we do."

Check out the latest earnings call transcript for Accenture.

For the full fiscal 2019, currency-adjusted revenue growth is now seen at approximately 7.5%, compared with a 7% target in the previous quarter's guidance statement. The full-year earnings target was also raised by 1.7% and now sits at roughly $7.25 per diluted share. Free cash flow should add up to $5.4 billion, up from $5.3 billion three months ago.