The discount retailer continues to impress investors, but lots of growth is already priced into this stock.

Editor's note: An earlier version of this article had incorrect information about Five Below's operating margins and new store plans. The article has been updated.

Shares of Five Below (FIVE -1.02%) recently rallied after the discount retailer posted its fourth-quarter earnings. Its revenue rose 19.4% annually to $602.7 million, beating estimates by $1.2 million. Excluding an extra week from the prior-year quarter, its revenue rose 23.2%. Its comparable store sales grew 4.4%. 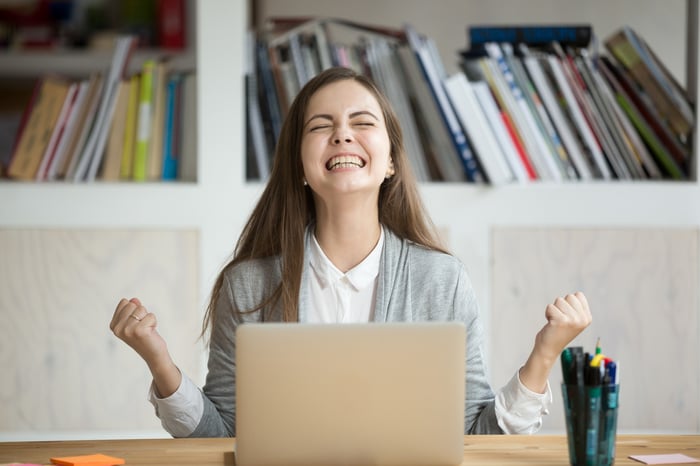 For the first quarter, Five Below expects its revenue to rise 22%-24% annually, which matches estimates, and for its comps to improve 3%-4%. However, its expects its EPS to decline 10%-18%, versus a consensus forecast for 3% growth.

The company attributes that decline to a new lease accounting standard which requires certain architectural and legal fees associated with new store leases to be recorded as SG&A expenses. Five Below's EPS in the prior year quarter also notably included a four cent accounting benefit. Excluding that benefit, its EPS would decline by a milder 0%-9%.

For the full year, Five Below expects its revenue to rise 20%-21%, its comps to improve 3%, and its EPS to climb 13%-15%. Five Below's numbers included a lot of adjustments, but the stock's subsequent rally suggests that investors are willing to look past these short-term speed bumps.

Why shoppers and investors love Five Below

Five Below is a discount retailer that sells all of its products for $5 or less. Unlike dollar stores, it sells fun products -- like fashion accessories, T-shirts, body products, snacks, room decorations, books, and novelty items -- to younger shoppers. Most of its stores are based in strip malls in college towns.

The retailer sells its products for about half the price of comparable products on Amazon (AMZN -0.06%)according to KeyBanc Capital Markets. It maintains those low prices with nimble sourcing strategies and bulk purchases. 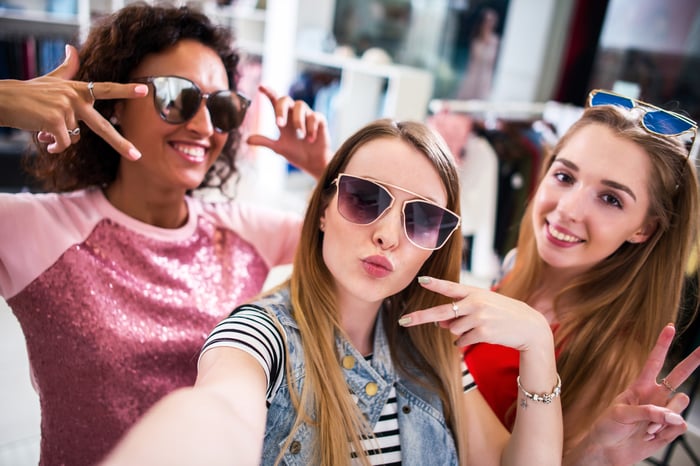 In the past, the bears warned that Five Below relied too heavily on new store openings to drive its sales growth. However, its stable comps growth debunks that thesis:

But mind the margins and valuations

Five Below's gross margin was impacted by sales of lower-margin products (like toys and games) during the holidays and the calendar shift. Its operating margin was weighed down by tax reform-related investments and new store openings.

Five Below also faces two other unpredictable headwinds: First, its guidance assumes that tariffs on Chinese products won't continue to rise. If trade tensions escalate again, its gross margin could decline significantly. Second, Amazon launched a "$10 and under with free shipping" section last year. Many of those products cost under $5, which suggests that Amazon could be willing to take losses to challenge Five Below, off-price retailers, and dollar stores.

Furthermore, Five Below's stock still looks pricey relative to its forecast for about 14% earnings growth this year. At $130, it trades at over 40 times this year's earnings.

Is Five Below worth that premium?

Five Below definitely still has room to grow, but I think there's too much growth priced into this stock. I'd buy Five Below if it pulls back during a market downturn, but I wouldn't chase its latest post-earnings rally.