A mix shift away from wireless chips is helping.

The high gross margin of the company's core chip business is a product of a number of factors, including the company's strong competitive positioning in the markets that it participates in, as well as the fact that those markets simply tend to be, on average, more lucrative than many other segments of the semiconductor industry. 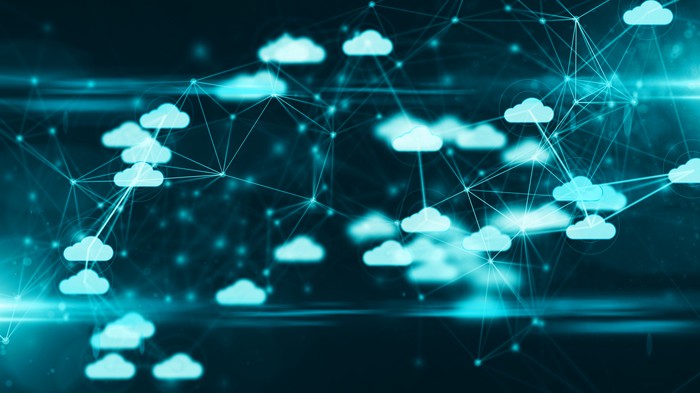 Interestingly enough, Broadcom CFO Tom Krause said on the company's most recent earnings call that gross margin in its chip business further strengthened last quarter. It's important for investors to understand why that was the case and what the implications are for the trend in those margins in the second half of the year. Let's dive in, shall we?

Companies tend to report their overall gross margin -- they generally don't do so on a per-product line basis or even on a per-segment basis. However, companies will often give investors some qualitative guidance around the gross margins of certain segments relative to the rest of the business.

For example, companies will sometimes indicate whether a segment offers a gross margin profile below, above, or in line with the corporate average. This information is useful because it lets investors know how its overall gross margin profile will be affected if a certain segment becomes a larger or a smaller part of the overall business mix.

Now, tying this back to Broadcom's business, Krause explained that the company's chip business "continues to increase from a gross margin perspective," noting that "mix helps."

"As wireless comes down, we benefit, as I think you know, from the rest of the portfolio in semis being at or above the corporate average," Krause added.

Broadcom's wireless business is currently under pressure because it depends extremely heavily on sales of chips to Apple, and Apple's latest iPhones simply aren't selling as well as hoped. It's also worth noting that Broadcom lost some dollar content in the iPhone XR -- the most popular of Apple's latest devices -- which is further weighing on Broadcom's wireless business.

In fact, the drop in wireless was so bad last quarter that, according to Krause, even though Broadcom's non-wireless semiconductor revenue was "up slightly year over year," the decline in wireless led the segment to suffer a 12% year-over-year drop.

It's important to realize, though, that Broadcom is betting that its wireless chip business will rebound significantly in the second half of 2019, coinciding with the ramp up of chip shipments to Apple for its upcoming iPhones. Broadcom has indicated that it'll see both an increase in dollar content in the new iPhones, as well as a boost in its share within the overall lineup (Broadcom had previously signaled that it expected to win back some of the share that it had lost in the previous iPhone cycle).

Broadcom is also expecting strength in its wired networking chip business in the second half of the year, but the expected rebound of the wireless business -- a segment that, according to Broadcom, carriers lower-than-average gross margin -- could dilute some of the gross margin good news that the strength elsewhere would have delivered. (The net change in Broadcom's semiconductor business mix will depend on how quickly the wireless and non-wireless portions of the business each grow.)

Is this a bad thing?

After reading the preceding discussion, you might be thinking to yourself that a potential rebound in Broadcom's wireless business would be a bad thing. After all, it could very well serve to dilute the company's overall gross margin profile.

While that's true, investors need to keep their eyes on the big picture: Gross margin percentage is important, but, at the end of the day, what really matters is total gross profit.