Stocks rose Wednesday morning but gave up most of their gains in the afternoon as investors anticipated news on U.S.-China trading relations with talks scheduled in Washington today. The Dow Jones Industrial Average (DJINDICES:^DJI) and the S&P 500 (SNPINDEX:^GSPC) finished modestly higher. 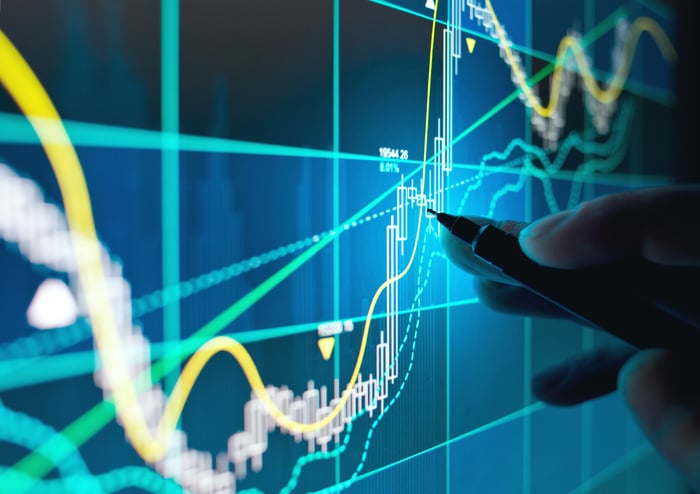 The $41 billion investment fund Altaba announced it is distributing its assets and dissolving itself, ending a long saga that began with an investment by Yahoo! in Chinese internet giant Alibaba Group (NYSE:BABA). Altaba shares fell 1.6% to $72.76 on the expected news, and those of Alibaba dropped 1.9% to $178.32.

Altaba is a holding company that was left over when Yahoo! sold its core web business to Verizon in 2017. The $4.5 billion that Verizon paid for the Yahoo! web properties went to Altaba, along with 384 million shares of Alibaba and a patent portfolio called Excalibur. Altaba's board of directors plans to sell off its holdings of other stocks, bonds, and its interest in Excalibur, and distribute assets to shareholders in the form of cash and/or Alibaba American depositary shares if the move is approved by stockholders.

Altaba will make distributions in more than one step starting in Q4 and expects the the total distribution to be between $76.62 and $79.22, based on an assumed price of Alibaba stock of $177.00.

Altaba's shares sell at a 26% discount to their net asset value due to U.S. tax on the repatriation of the assets. The company had been trying to find ways to dodge the tax issue but gave up on that today.

Shares of Dave & Buster's Entertainment jumped 4.9% after the company reported fiscal fourth-quarter results that beat its guidance and analyst expectations. Revenue increased 8.8%, or 15.7% accounting for an extra week in Q4 last year, to $331.8 million. Earnings per share jumped 28.8% on a comparable basis to $0.85. Analysts were expecting the company to earn $0.63 per share on revenue of $323 million.

Comparable-store sales grew 2.9% compared with a weak quarter last year, and beat Dave & Buster's updated guidance in January of 1.8% to 2.5%. The company increased its number of stores by 14% in the year and reduced its share count by 6.3% through buybacks.