Please ensure Javascript is enabled for purposes of website accessibility
Log In Help Join The Motley Fool
Free Article Join Over 1 Million Premium Members And Get More In-Depth Stock Guidance and Research
By Timothy Green - Apr 3, 2019 at 11:02AM

Optimism for a strong second half is building.

Shares of Advanced Micro Devices (AMD 5.64%) surged on Wednesday following a few pieces of positive news for the company. An analyst "buy" rating, a report from DigiTimes suggesting strong second-half sales, and a report that TSMC (Taiwan Semiconductor Manufacturing Company) is seeing strong chip orders for its 7nm process all contributed to the stock's rise. AMD stock was up about 10.3% at 11:20 a.m. EDT.

The first piece of good news for AMD was a new "buy" rating. Analysts at Nomura initiated coverage on the stock Tuesday evening, rating it a "buy" and attaching a $33 price target. Nomura believes strong revenue growth and improving profitability are enough to justify a lofty price-to-earnings ratio. 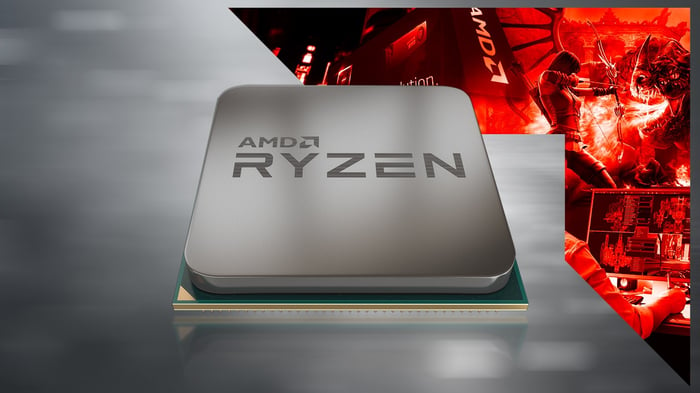 On top of the positive analyst coverage, DigiTimes reported that sources at PC makers say a ramp-up in CPU and GPU shipments will boost AMD's sales in the second half of the year. The company is currently dealing with weak GPU demand thanks to the cryptocurrency hangover, but it plans to launch its Navi GPUs and the third generation of its Ryzen PC CPUs later this year.

All of AMD's new chips will be using a 7nm manufacturing process from TSMC, which brings us to the third piece of good news. DigiTimes reported Wednesday morning that TSMC has seen 7nm chip orders ramp up, suggesting that utilization rates will rise throughout the year. With certain semiconductor stocks taking a beating over concerns about a downturn, this news can be viewed as a positive for the industry.

A combination of generally solid products from AMD and missteps from Intel has allowed AMD to make quite a comeback in the CPU market. But a lot of growth is already priced into the stock. Analysts expect the company to produce adjusted earnings per share of $0.64 this year, putting the price-to-earnings ratio at roughly 46.

The GPU market is a different story. Rival NVIDIA has maintained its lead despite AMD's latest attempt to launch a high-end graphics card with its Radeon VII product. AMD's GPU market share has actually plummeted as both companies work through excess inventory. The company's upcoming Navi graphics cards may change the story, but AMD has historically had a tough time competing against NVIDIA.

AMD's sales are almost guaranteed to improve in the second half, given that the GPU inventory correction should be mostly resolved by then. Whether that's enough to justify an optimistic valuation remains to be seen.