The fourth quarter of 2018 was the worst fourth quarter in more than a decade for the graphics card market, according to Jon Peddie Research. Overall board shipments plunged more than 40% year over year as both Advanced Micro Devices (NASDAQ:AMD) and rival NVIDIA (NASDAQ:NVDA) dealt with the aftermath of the bursting of the cryptocurrency bubble. Sluggish demand and excess inventory have caused big problems for both companies.

AMD hasn't been so far behind since mid-2015, when NVIDIA's GTX 900 series reigned supreme. AMD had been gaining back some of that lost share amid the cryptocurrency boom, but those gains have now vanished.

Check out the latest earnings call transcript for Advanced Micro Devices and NVIDIA.

The good news for AMD is that this market-share loss is probably temporary. The inventory correction knocking down both companies' sales is centered on midrange graphics cards, where AMD has the strongest presence. AMD has struggled mightily to break back into the high end of the market, but it's largely failed. The company tried again earlier this year with the Radeon VII, but it's likely not enough to shift the balance of power.

Once the inventory correction is behind AMD, demand for midrange graphics cards should normalize. NVIDIA will still be the market leader without much doubt, but AMD's market share will likely recover at least a bit.

AMD also has the benefit of non-GPU products to offset slumping sales. The company's Ryzen PC CPUs and EPYC server CPUs have been gaining share, and growth from these products was enough to push up AMD's fourth-quarter revenue by 6% year over year.

It will get worse before it gets better

The fourth quarter was bad for AMD's graphics business, but the first quarter of this year will be much worse. AMD sees total revenue plunging 24% year over year, despite growth from its CPU businesses. Lost revenue from cryptocurrency-related graphics card sales in the prior-year period coupled with excess channel inventory will do a number on the graphics business.

The channel inventory situation should be mostly resolved soon. NVIDIA expects its first quarter to mark the bottom for its gaming business, and AMD expects improvements after some spillover into the second quarter. But it's hard to say exactly what a "normal" graphics card market looks like. The market hasn't been normal since early 2017, before the cryptocurrency market went haywire and drove up prices of graphics cards.

In the same way that NVIDIA and AMD underestimated how much of an impact the cryptocurrency crash would have on their gaming businesses, they could be overestimating how much demand there will be once the market has gotten back to normal. 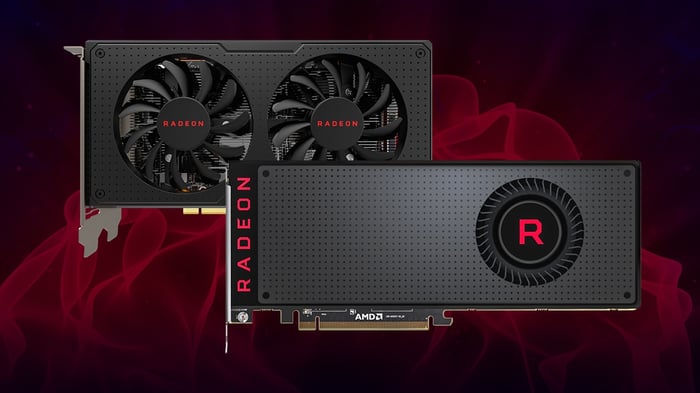 AMD has been losing to NVIDIA for so long because NVIDIA's products have simply been better. But a new line of graphics cards set to launch sometime this year could change things. AMD plans to release graphics cards based on its new Navi architecture in 2019. These cards will be built on a 7-nanometer manufacturing process, while NVIDIA's latest RTX 20 series cards use a 12-nanometer process.

AMD's market share may very well decline further in the first quarter as the inventory correction continues. But the situation should start to improve later this year.