But Zillow made its end goal clear. Company President Greg Schwartz stated at the time, "We acquired MLOA, which we will rebrand in 2019, so we could streamline, shorten and simplify the homebuying process for consumers who purchase homes through Zillow Offers." 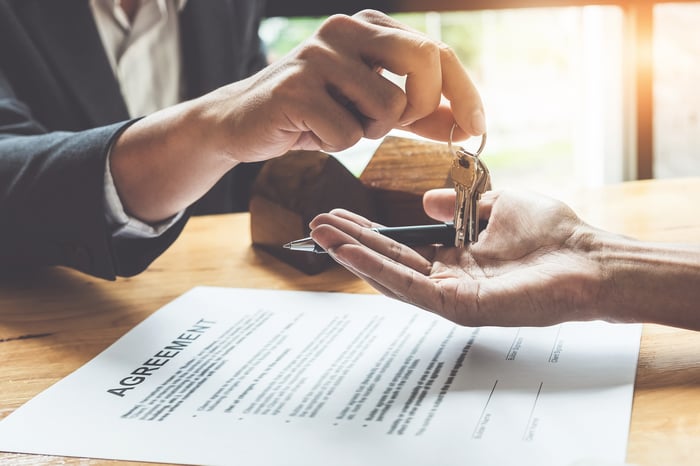 More than just a relaunch

On Tuesday morning, that goal came to fruition with the official rebranded launch of Mortgage Lenders of America as "Zillow Home Loans."

To be clear, Zillow Home Loans isn't just for Zillow Offers transactions; visitors to the site can apply for a loan for any house they wish -- an option Zillow says it kept open for "flexibility and convenience." Similarly, Zillow visitors can still use the company's existing mortgage marketplace to shop for other lenders and loans.

But just as Schwartz alluded to, Zillow Home Loans is streamlined for Zillow Offers, promising a "simpler and shortened real estate transaction" for consumers who choose to take advantage of the company's namesake program to buy or sell their home.

Make no mistake: Zillow has big plans for Both Zillow Home Loans and Zillow Offers in the coming years.

Recall that when company co-founder Rich Barton returned as CEO in February, Zillow told investors that in just three to five years it could be purchasing as many as 5,000 homes per month, a massive increase from the less than 500 homes it bought in the fourth quarter of 2018. Furthermore, Zillow believes its Mortgages segment -- now effectively anchored by Zillow Home Loans -- could be originating more than 3,000 loans per month at that time assuming it achieves a 33% attach rate to the Homes business.

With echoes of the initial launch of Zillow Instant Offers two years ago, however, it seems likely that existing lenders on Zillow's mortgage marketplace will cry foul in the face of their new, streamlined, Zillow-affiliated competitor. But at the same time, it's hard to blame Zillow for creating a home loan option to capitalize on the full potential that comes with the platform it built. Over the long term, Zillow Home Loans should ultimately serve to reinforce the company's disruptive ways.