Shares of fuel cell maker Plug Power (PLUG 10.68%) climbed 34% in March, according to data from S&P Global Market Intelligence. Consequently, shares have nearly doubled since the start of the year.

While the release of the company's Q4 earnings motivated some investors to pick up shares early in the month, the bullish momentum extended through the rest of the month thanks to an analyst's resumption of coverage on the stock and management's concerted effort to rebuild trust with shareholders. 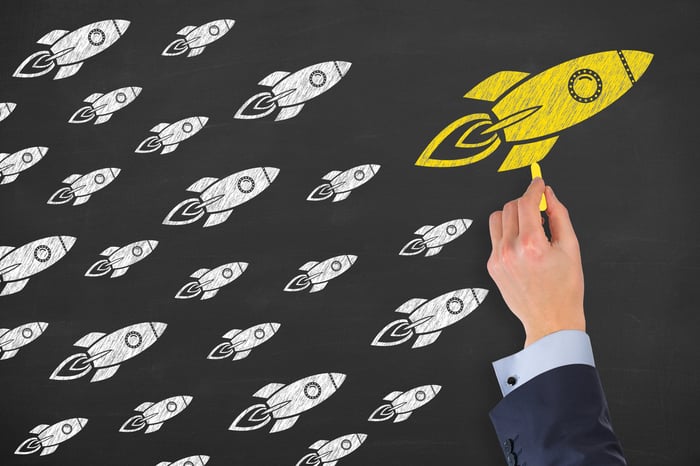 In early March, Plug Power treated its shareholders to something that they had never enjoyed before: an earnings report featuring positive adjusted EBITDA. The $500,000 adjusted EBITDA that the company reported may not seem substantial, but in light of the fact that Plug Power reported negative $7.6 million during the same period in 2017, it's certainly noteworthy. Suggesting that this progress toward profitability wouldn't be an isolated incident, management forecast the company would be adjusted-EBITDA positive in 2019.

Contributing to the momentum that Plug Power's stock gained after its earnings release, an analyst with B. Riley FBR, Christopher Van Horn, resumed coverage on the stock in mid-March according to TheFly.com. In addition to maintaining the buy rating, which B. Riley FBR previously had on the stock, the analyst maintained the price target of $3.50, which had been assigned during the stock's previous coverage.

Although company insiders will sell shares of their companies for a variety of reasons, they, presumably, will only buy shares for one reason: They expect the stocks to rise. So when Andy Marsh, Plug Power's CEO, kept his word in mid-March and followed through with his announced intent to adopt a 10b5-1 stock trading plan, picking up $30,000 in Plug's stock on the open market, investors took note. But he wasn't alone. The company's chairman of the board, George McNamee, also increased his position in the company, picking up 100,000 shares on the open market in a transaction valued at roughly $234,000.

But it wasn't only the stock purchases that helped the stock to gain favor in the eyes of investors. Seeking to rebuild trust with shareholders, Marsh also hosted an Ask Me Anything session on Quora in March, attempting to provide a greater sense of transparency. This followed a similar session that he hosted on Reddit in February.

While Plug Power, like March itself, roared loudly in the beginning of the month, the stock never let up, ending the month much like it began -- bearing little resemblance to a lamb. But it was Marsh's decision to put his money where his mouth is and pick up shares on the open market that I think spoke the loudest to investors last month -- that and his apparent commitment to improve the company's communication to shareholders.