Stocks generally moved up on Friday, with the Dow Jones Industrial Average climbing to within about 1.5% of a new all-time closing high. Market participants are growing increasingly comfortable with the performance of the U.S. economy, especially in light of today's encouraging news on the jobs front. Yet some companies weren't able to share in the market's move higher. Duluth Holdings (NASDAQ:DLTH), LivaNova (NASDAQ:LIVN), and Boston Beer (NYSE:SAM) were among the worst performers. Here's why they did so poorly.

Shares of Duluth Holdings plunged 25% after the clothing retailer reported its fourth-quarter financial results. Duluth said that revenue was higher by 15% than in the year-ago period, although the current year's quarter featured an extra week. However, net income rose only 7%, and full-year bottom-line figures were roughly flat, falling well short of expectations. Moreover, guidance for the coming fiscal year included projections for earnings growth of just 3% to 10%, and even with solid double-digit percentage sales growth likely, Duluth faces an uphill climb to overcome the challenges that CEO Stephanie Pugliese identified as affecting the retailer during the quarter. 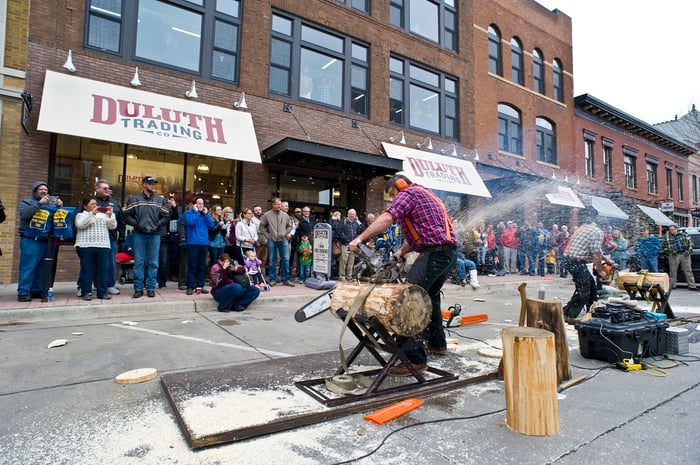 LivaNova's stock plummeted 28% following the medical technology company's release of preliminary revenue figures for the first quarter of 2019. LivaNova said that sales from continuing operations likely came in around $251 million, which was flat compared to year-earlier levels. The company cited unexpected weakness in the U.S. for its neuromodulation segment, while soft sales of its Perceval sutureless valve product hit LivaNova's cardiovascular business. After having had a tough end to 2018, LivaNova is struggling to build some positive momentum.

Finally, shares of Boston Beer fell 5.5%. The maker of the Sam Adams line of beer got negative comments from analysts at Goldman Sachs, who cut their rating on the company from neutral to sell. The main problem that analysts see ahead for Boston Beer is that there's been industrywide pressure on beer sales, and even though the company has done well to come out with new products outside the beer area, it'll be hard for Boston Beer to keep up that pace of innovation indefinitely. Unless conditions improve for its core Sam Adams products, Boston Beer could face tough times ahead.