Investors saw dark clouds ahead for the pending merger with T-Mobile. A failed deal would be a crushing blow to this company and its stock.

Shares of Sprint (S) fell 11% in March, according to data from S&P Global Market Intelligence. The bulk of Sprint's pain came in the last week of the month, when the mobile network's shares fell 6% in a single day due to ominous developments in the pending merger with T-Mobile US (TMUS -0.70%). 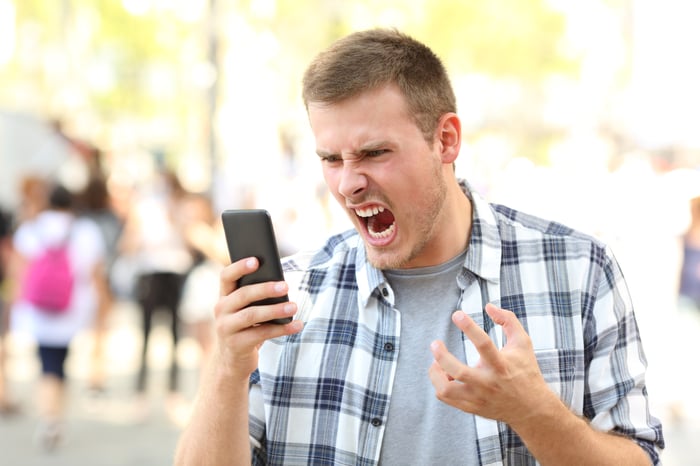 According to a widely cited Bloomberg report, the attorneys general in several states are launching a lawsuit to stop this deal.

The naysayers oppose Sprint's merger based on antitrust concerns, arguing that consumers would be likely to suffer higher prices and fewer choices in the mobile market. T-Mobile and Sprint claim that their combined assets would be a stronger challenger to the market leaders we have today in AT&T and Verizon Communications. The final outcome of this merger proposal is still up in the air, but it's increasingly safe to say that this is Sprint's last chance to stay relevant in this brutal industry.