The retail giant tethers its e-commerce platform to Google Assistant.

Yet Walmart lacked two of Amazon's strengths: Amazon Prime, which locks in users with a growing list of perks, and Alexa, which tethers consumers to its services with voice searches. However, Walmart's new partnership with Alphabet's (GOOG -2.56%) (GOOGL -2.51%) Google could help it counter Alexa. 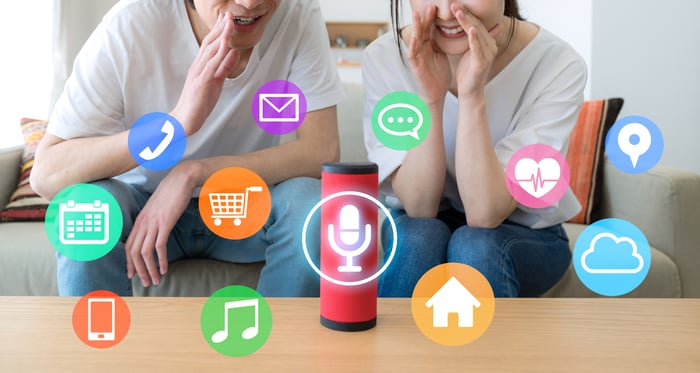 Walmart recently announced that it would let shoppers buy products through Google Assistant, which runs on Google Home devices, set-top boxes, Android devices, and even iPhones. Shoppers can add products to their shopping carts by saying, "Hey Google, talk to Walmart." Could this partnership help Walmart and Google counter Alexa?

How this deal helps Walmart

Walmart's e-commerce expansion -- which includes adding more products to its online stores, matching Amazon's prices, and acquiring a long list of digitally native brands -- boosted its U.S. e-commerce revenue 40% in fiscal 2019. It expects that figure to rise another 35% in fiscal 2020, which started on Jan. 31.

Walmart's e-commerce revenue accounts for a small percentage of its total sales, and eMarketer expects it to control less than 5% of the U.S. e-commerce market this year, compared to Amazon's 47% share.

However, Walmart's digital arm keeps its brand relevant, attracts third-party vendors that broaden its selection of online products, and helps it expand into next-gen markets like driverless deliveries and voice shopping. Tethering its e-commerce platform to Google Assistant, which is now available on over a billion devices worldwide, clearly complements that strategy. Amazon's Alexa only runs on about 100 million devices.

How this deal helps Google

Google dominates the online search market, but it has repeatedly failed to crack the e-commerce one. Its main e-commerce platform is Google Express, which fulfills orders for third-party retailers like Target and Costco.

Google Express got lost in the shuffle as bigger retailers launched their own delivery and pick-up options. Its number of participating retailers declined after its launch in 2013, and it struggled to keep its contracted courier services on the same page. Last year, Gizmodo's Bryan Menegus lamented that Google Express' fragmented and confusing ecosystem made it a "glorified payment processor" instead of an "Amazon killer."

However, robust sales of Google Home, which competes against Amazon Echo, could give the company a second shot at the e-commerce market. eMarketer expects Google Home's share of the U.S. smart speaker market to rise from 29.5% in 2018 to 31% in 2019. Amazon's share is expected to decline from 66.6% to 63.3%. 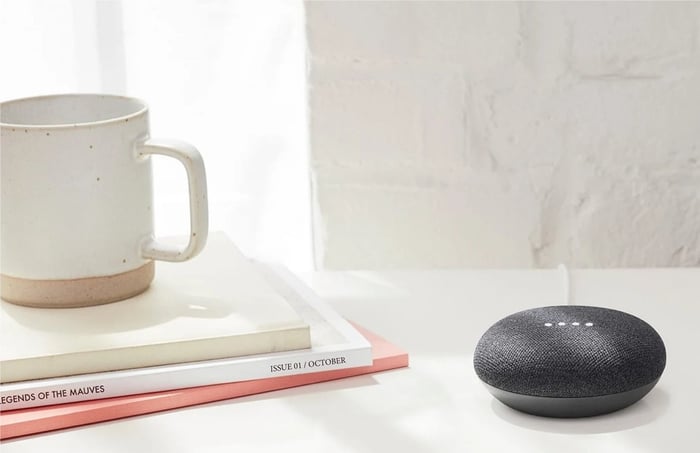 eMarketer estimates that the total number of people in the U.S. using smart speakers will rise 15% to 74.2 million this year, and over a fourth of U.S. adults will use one at least once per month by the end of the year. Therefore, linking Walmart's e-commerce platform to Google Assistant could help both companies establish a foothold in the fledgling voice-shopping market.

A small but growing market

Walmart and Google's partnership makes strategic sense, but most smart-speaker users don't use the devices to shop yet. Last August, The Information claimed that just 2% of Alexa-enabled devices used voice-activated shopping features.

However, shopper habits are still evolving. Amazon declared that voice shopping on Alexa "more than tripled" during last year's holiday season. This February, an Adobe survey found that 26% of respondents purchased products or placed orders with their smart speakers.

Those figures indicate that Walmart could eventually reach more shoppers than Amazon through voice searches, since Google Assistant runs on more devices than Alexa. If Walmart's foray into voice shopping is successful, other retailers (including those that abandoned Google Express) might consider partnering with the tech giant again.