Shares of General Electric (NYSE:GE) fell 7% on Monday morning after J.P. Morgan downgraded the stock and cut its price target, warning that investors might be underestimating the extent of the challenges facing the industrial giant.

General Electric's issues are well-known, with the stock down nearly 70% over the past three years due to the company's $55 billion in net debt as of year's end and struggles in its energy business and other key areas. But the company under the leadership of CEO Larry Culp, who took over back in October, has taken some dramatic steps that have improved the sentiment surrounding the stock.

Shares of GE are up more than 20% year to date after the company was able to monetize its transportation division via a deal with Westinghouse Air Brake Technologies, generating proceeds of $2.9 billion, and then sold its biopharma business to Danaher for more than $21 billion. 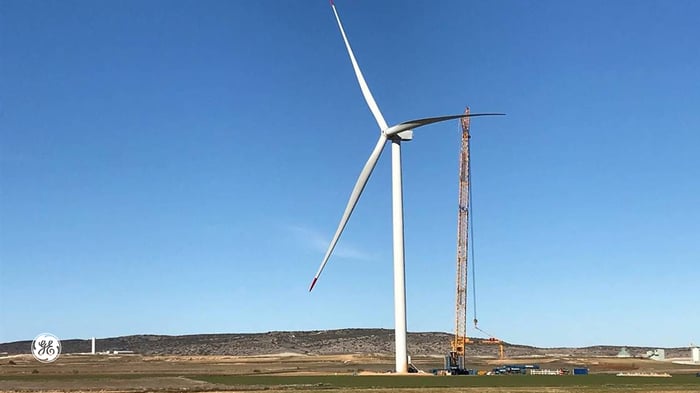 J.P. Morgan analyst Steve Tusa in a note Monday morning warned investors not to get ahead of themselves. Tusa downgraded the shares to underweight from neutral and cut his price target by $1 to $5, implying that GE shares could lose nearly half of their value. Tusa said investors are "underestimating the severity of the challenges and underlying risks at GE, while overestimating the value of small positives," saying he believes investors are "significantly over-projecting" GE's potential to quickly grow its free cash flow.

Tusa expects GE's power and renewable businesses to remain weak and warns that the massive aviation unit fundamentals are "weaker than meet the eye." He believes GE Capital would continue to consume cash into the foreseeable future.

It's worth noting that no analyst on Wall Street is more pessimistic than Tusa in terms of price target, and in fact a good number of firms rate GE as a buy due to the portfolio reshaping Culp has accomplished. But the fact is GE remains a highly leveraged company with fewer levers to pull. The company would be extremely vulnerable right now in the event of a recession, and even if Tusa is wrong and the worst is now over, it's likely to be a long, slow recovery.