It isn't a surprise to see AT&T's (NYSE:T) WarnerMedia atop the box office over the weekend. Shazam! generated an estimated $53.45 million in domestic ticket sales, more than doubling the weekend's other prominent debutante, Pet Sematary. The feel-good and hilarious superhero flick is scoring audience and critic approval ratings north of 90%, according to sentiment tracker Rotten Tomatoes.

When AT&T acquired Time Warner -- now rebranded as WarnerMedia -- it wasn't a very popular deal with investors. The stock is trading lower than it was when the $85.4 billion deal was announced in late 2016, and the shares are essentially where they were when the deal closed 10 months ago. The market doesn't seem to get what Ma Bell is cooking, but after two beefy acquisitions in DirecTV and Warner Media, this is shaping up to be a pretty intriguing collection of connectivity and content assets. If AT&T plays its cards just right, this could be the next Disney (NYSE:DIS) or Comcast (NASDAQ:CMCSA). 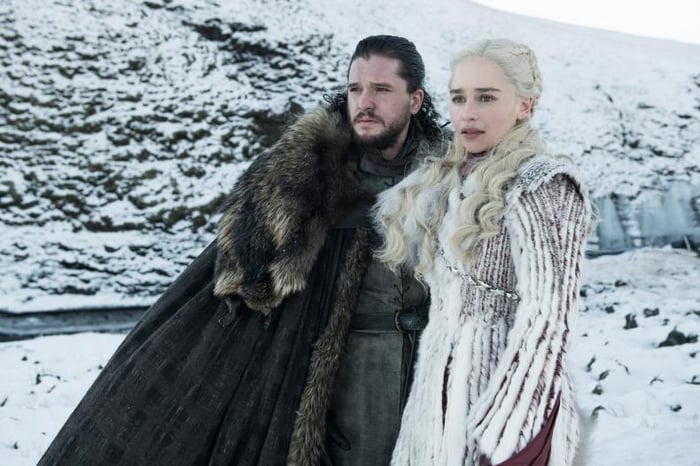 Reach out and touch someone

AT&T has lagged the market since its push for WarnerMedia. There are concerns that the costly content grab by AT&T could hurt the telco giant's financial leverage as well as muddle its focus. One can argue that buying HBO's parent company isn't a smart idea just as the premium cable network's flagship show -- Game of Thrones -- is about to wrap up its final season.  However, now that WarnerMedia has scored its second box office topper of the year after February's The Lego Movie 2, maybe AT&T's timing is a lot better than its meandering stock suggests.

It's fair to say that AT&T had to do something. With consumer landline and business wireline accounts gradually shrinking for years, AT&T had too much riding on the growing yet cutthroat realm of wireless. The mobile revolution is strong, but it wasn't going to be enough.

AT&T has made two big bets for the sake of diversifying with some degree of synergy. The $67.1 billion deal for satellite television giant DirecTV in the summer of 2015 may not seem like savvy transaction in retrospect, but the platform's wide reach both in the U.S. and through Latin America finds AT&T with 170 million direct-to-consumer relationships. Toss in WarnerMedia's digital properties that include CNN.com and Bleacher Report and AT&T's reach extends to 370 million people.

AT&T generates more revenue than Comcast and Disney combined, and it also commands a greater enterprise value than either company (though less than the combined valuations of Disney and Comcast). However, it's easy to see why aspiring to be more like the smaller two market darlings isn't a bad thing. Comcast and Disney trade at revenue multiples of 3.1 and 3.8 times their enterprise values, respectively. AT&T's multiple clocks in at just 2.5. Comcast and Disney command trailing earnings multiples in the mid-teens, whereas AT&T is slumping in the pre-teens.

Stacking up to the competition

Right now, the best match to AT&T would be Comcast. Both companies are seeing their original cash cows shrink, as Comcast's cable television service and AT&T's home and business phone platforms fade out of favor. The internet is helping to offset the sting, as Comcast's broadband and AT&T's mobile solutions grow in popularity. However, in both cases, even the fading businesses are still lucrative. AT&T is consistently generating roughly $2.5 billion in EBITDA with its business wireline business.

Comcast made the bold push into entertainment with the acquisition of NBCUniversal, just as AT&T is doing with WarnerMedia. AT&T will probably continue to add pieces in the coming years, just as Comcast did with DreamWorks Animation and more recently Sky plc. All that AT&T is missing now is the theme parks business that Comcast inherited.

Disney is a bigger stretch with AT&T trying to supersize its market multiples, but it's not that outlandish. AT&T's WarnerMedia deal now finds DC Comics in its portfolio, the closest competitor to Disney's Marvel. There are plenty of properties now for WarnerMedia to optimize, and if it's even somewhat as successful as Disney has been to breathe new life into Marvel and Lucasfilm content, things can get even better for AT&T shareholders.

All three companies aren't currently setting the world on fire with their top-line growth. Revenue for Disney and Comcast has risen in the mid-single digits outside of acquisition-related pops in recent years. AT&T's organic growth has been more flattish.

All three are also working on streaming services that will combine their growing catalogs. Disney+ should launch later this year. AT&T's WarnerMedia already has a popular HBO online platform, but it expects to introduce a broader premium offering in the fourth quarter of this year. Comcast is targeting 2020 for its platform. There's a lot of upside to AT&T's valuation if it's able to earn the comparisons to Comcast and Disney. It's showtime.

Is AT&T the Next Disney or Comcast? @themotleyfool #stocks $T $DIS $CMCSA Next Article
Current