A public offering of shares and a downgrade sent the stock price tumbling.

Shares of Hollysys Automation Technologies (HOLI 1.19%), a provider of automation-control-system solutions that generates much of its revenue from industrial automation and rail transportation, were down more than 26% Tuesday morning after the company announced a public offering of ordinary shares. In addition, its shares received an analyst downgrade.

Hollysys announced Tuesday it would offer 7.8 million ordinary shares through an underwritten public offering, and it expects to grant the underwriter a 30-day option to purchase as many as 1.17 million additional ordinary shares (the company, based in China, currently has roughly 60.34 million shares outstanding). Management plans to use the net proceeds from the offering to expand its total solutions offerings, and for research and development, incremental production capacity, and expanded sales and marketing channels, among other general uses.

Management might also use the proceeds to acquire complementary businesses, product solutions, or technologies. 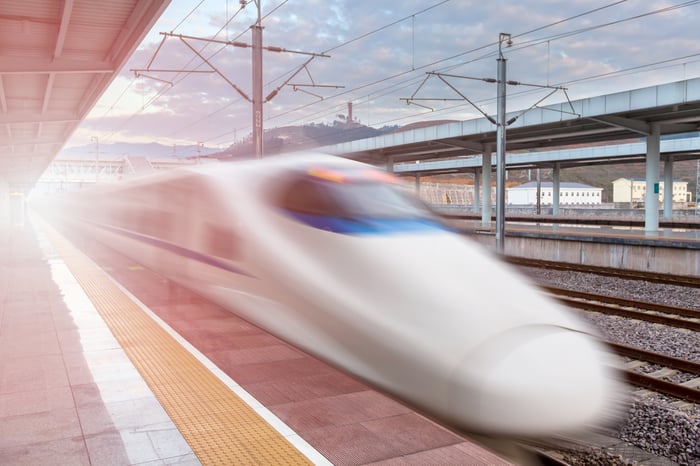 In addition to the announced offering of ordinary shares, Hollysys was hit with a downgrade from J.P. Morgan, which moved the stock from overweight to neutral, citing capital discipline concern. The downgrade could suggest broader investor worries about management's ability to spend capital wisely, which could also be the underlying reason behind Tuesday's announced offering.

Beyond Tuesday's announcement and downgrade, investors should focus on the company's ability to drive growth through its industrial automation business and rail transportation -- two segments that generated nearly 77% of its revenue during the first half of fiscal 2019. Investors owning shares should also remember that the stock is no stranger to significant pops and drops on announcements.

Why Hollysys Stock Is Soaring Today