Cloudera's performance following its merger with Hortonworks is off to a weaker-than-expected start.

Shares of Cloudera (CLDR) dropped 24.9% in March, according to data from S&P Global Market Intelligence. The cloud services stock fell after the company reported fourth-quarter earnings and issued disappointing guidance. 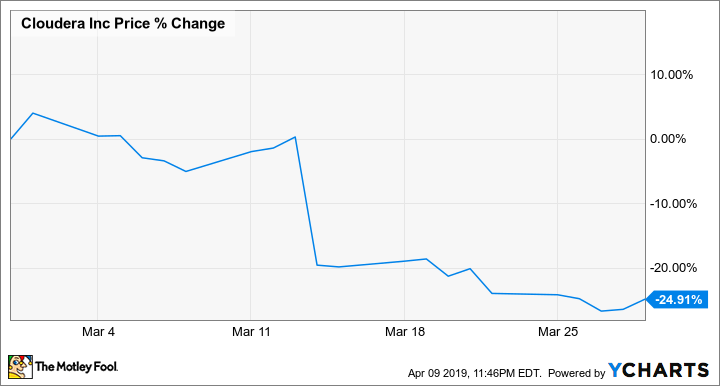 Cloudera published its fourth-quarter and full-year earnings after the market closed on March 13. The company recorded a net loss of $0.15 per share on revenue of $144.5 million, coming in worse than the average analyst estimates for a per-share loss of $0.11. While an earnings miss is never welcome news for shareholders, management's sales guidance for the current quarter and annual period may have been the bigger factor in last month's sell-off. 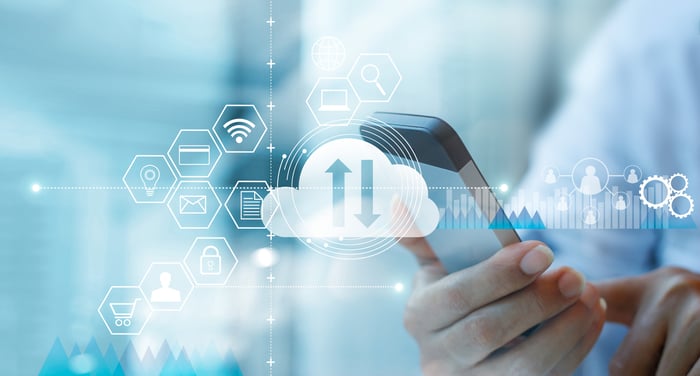 For the first quarter, Cloudera expects sales to land between $187 million and $190 million -- up just 4% from the combined revenue for Cloudera and Hortonworks in the prior-year quarter at the midpoint of its target. The company's adjusted net loss for the first quarter is expected to be between $0.22 per share and $0.25 per share.

Cloudera stock has regained a bit of ground following March's big sell-off. Shares trade up roughly 6.7% in April as of this writing. 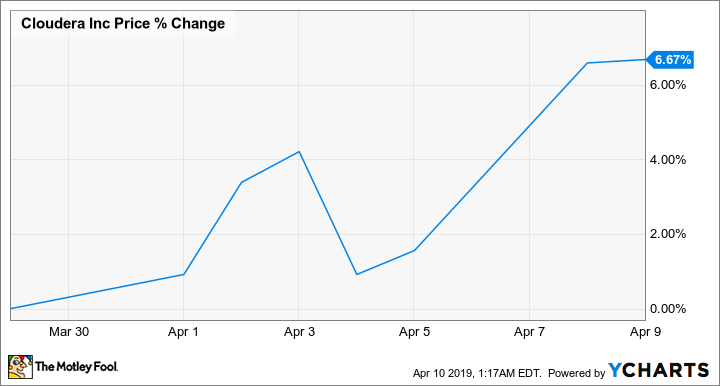 Cloudera is valued at roughly $3.1 billion -- or roughly 3.7 times the roughly $845 million in sales it expects to record this year. Prior to the earnings and guidance release in March, analysts had been guiding for the company to generate closer to $930 million in sales -- and Cloudera initially targeted for about $965 million in sales across its first year following the Hortonworks merger.