What went up then came down again is going back up again.

Guardant Health (GH -1.39%), the new IPO that's revolutionizing cancer testing with noninvasive liquid biopsy tests, has taken investors on a wild ride this year. After nearly tripling in value in the first three months of 2019 then giving back half its gains over the last month after its IPO lockup period expired, Guardant stock is rising once more today, up 10.4% as of 1 p.m. EDT.

You can thank Merrill Lynch for that. 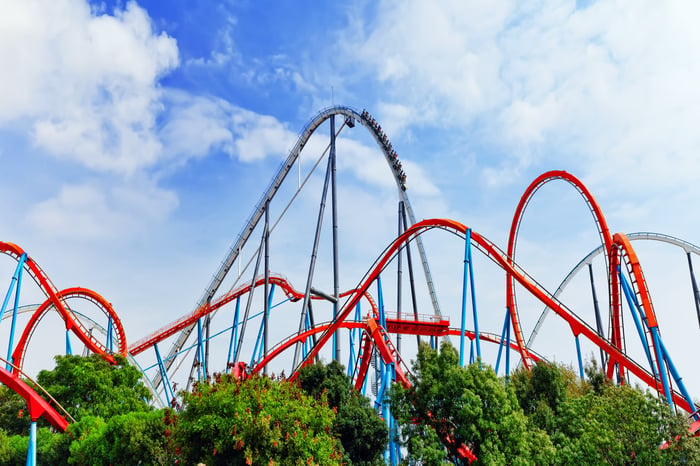 What went up then came down is going back up again. Image source: Getty Images.

This morning, Merrill Lynch upgraded Guardant Health stock from "neutral" to "buy" and raised its price target on the $72 stock to $84 a share.

With pressure from the IPO lockup now past, Merrill muses that Guardant stock has a chance of rising again in the wake of positive LUNAR-1 data coming out of the American Association of Cancer Research meeting held earlier this month. Merrill also sees the potential for expanded commercial coverage of G360 liquid biopsies (LB) and a growing LB market in general.

Granted, this remains a speculative stock. Guardant has no profits to its name and only about $90 million in trailing revenue, giving the stock a sky-high valuation of 68 times trailing sales. But for investors who watched the stock's rapid rise in awe, today's share price is right back around where Guardant was trading back when we recommended it in November, which provides a second bite at this apple.

Merrill Lynch thinks you should take that bite, and today, it looks like a lot of investors are taking their advice.