The world’s top luxury company is capturing shoppers at an early age.

Piper Jaffray recently released its semiannual "Taking Stock With Teens" survey for spring 2019, which polled 8,000 U.S. teens regarding their favorite brands. The average age of the respondents was 16.3, and the average household income was $67,700. 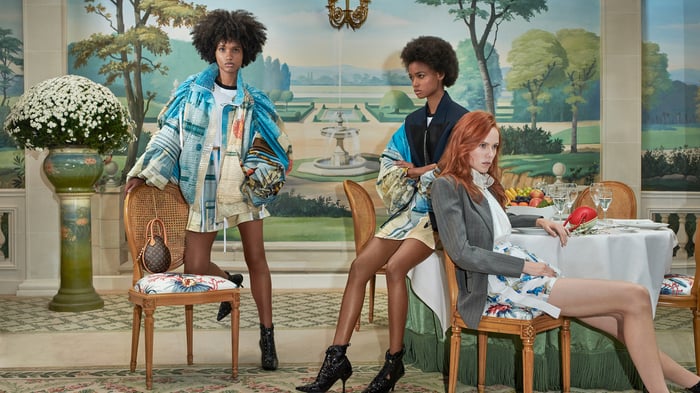 LVMH's Sephora stores ranked second in the beauty destinations category with a 31% mindshare, but that marked a drop from its 44% level last spring. Ulta Beauty (ULTA 1.35%), which overtook Sephora for the first time, led the teen market at 33%.

LVMH's strength in the teen market is impressive, since most of its 70 brands sell high-end luxury products geared toward older shoppers. Let's see how LVMH expanded beyond its core market of affluent adults to lock in a younger market.

Delphine Arnault, the daughter of LVMH CEO Bernard Arnault, became the executive VP of Louis Vuitton six years ago. The younger Arnault, who was 38 at the time, had been "groomed since her teens" to take on the role, according to Reuters.

The line includes head-turning products like glow-in-the-dark bags and phone cases, as well as pricey skateboard-themed products with streetwear designer Supreme. It also established a massive social media presence with more than 31 million followers on Instagram -- where over 26% of users are ages 24 and below .

Simply put, Arnault refreshed Louis Vuitton for younger shoppers, and its growing mindshare among teens reflects that. That's also one of the main reasons that LVMH's fashion and leather revenues grew 15% last year on an organic basis and accounted for 39% of its top line. 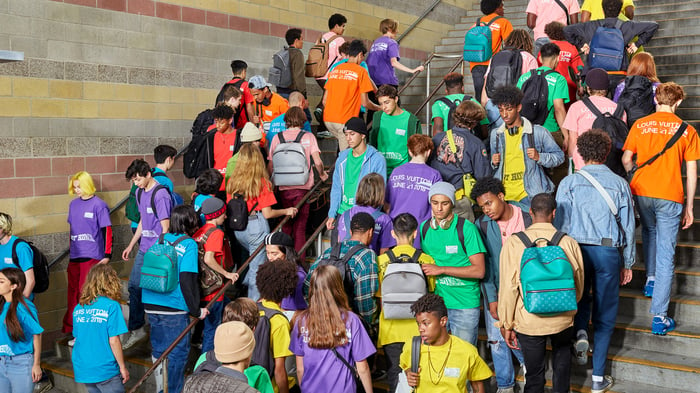 Sephora, one of the main growth engines of LVMH's selective retailing group, generated 28% of the group's sales in 2018. Its revenue rose 6% on an organic basis during the year, with Sephora posting "solid revenue growth" and "market share gains" in North America and Asia.

The cosmetics store targets shoppers of all ages, and Piper Jaffray's survey indicates that it's still a top beauty destination for teens. Sephora often introduces its products in Teen Vogue, sells teen-oriented products in a "best gifts for teenage girls" section, and started offering free makeup classes for younger shoppers in 2016.

Sephora plans to expand its U.S. presence by opening 35 new brick-and-mortar stores this year. It currently operates more than 460 stores across the Americas, as well as 660 locations inside JCPenney's department stores.

Sephora is likely expanding its presence in response to the growth of Ulta Beauty, which offers salon services in its cosmetic and skincare product stores, as well as less-expensive, "drug store" beauty brands. Ulta finished 2018 with 1,174 locations across the U.S., and plans to open about 80 new stores in 2019. Piper's survey indicates that ongoing expansion is luring teen shoppers away from Sephora.

I own shares of LVMH because it runs a well-diversified business, and its focus on high-end customers makes it a more recession-resistant play than Capri or Tapestry, which both generate a large percentage of their sales from mid-range customers.

The strength of LVMH's flagship LV brand among teens is yet another bullish catalyst for the stock. Sephora could face pressure from Ulta in the near term, but both retailers should retain significant leads against other beauty destinations for the foreseeable future, particularly as they work to gain the trust (and business) of younger consumers.

Why LVMH Stock Is Down 27% This Year