The oil giant is making a bold move to bulk up in several core areas.

Chevron (CVX 3.06%) stunned the oil market on Friday by agreeing to acquire Anadarko Petroleum (APC) for a staggering $50 billion. The oil giant offered an enormous 38.9% premium for Anadarko, which sent shares of both companies in opposite directions. Chevron's stock was down about 5% by 12:45 p.m. EDT while Anadarko's skyrocketed 33%.

Chevron will pay $65 per share for Anadarko, including 0.3869 of its shares and $16.25 in cash, for a total of $33 billion. Add in the assumption of Anadarko's $16 billion in debt, and the deal value rises to about $50 billion. That makes it the 11th-largest deal ever in the energy and power markets. 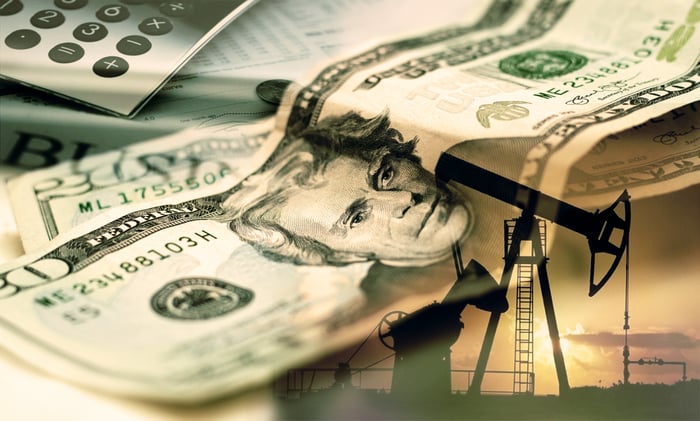 Chevron is buying Anadarko to strengthen its position in U.S. onshore shale plays, the Gulf of Mexico, and liquified natural gas (LNG). The acquisition will make Chevron one of the largest acreage holders and producers in the Permian Basin. It will also enable the company to leverage its LNG expertise in Australia to develop Anadarko's world-class gas resource in Mozambique.

In addition to the strong strategic fit, Chevron anticipates several other benefits. It estimates that the combined company can drive out $1 billion in annual costs. Further, Chevron believes it can save $1 billion in annual capital costs through more efficient development activities in places like the Permian. The oil giant also expects to streamline its portfolio by selling between $15 billion and $20 billion of assets. The company would use that cash to repay debt and return more money to shareholders. That includes boosting its share buyback program from $4 billion to $5 billion per year.

The deal makes lots of strategic sense from Chevron's perspective. However, it wasn't the only bidder, as Occidental Petroleum reportedly offered more than $70 a share -- so it's possible there could still be a bidding war for Anadarko. If that were to happen, shares of Chevron could slide even further if it needs to pay more for its desired target.