Please ensure Javascript is enabled for purposes of website accessibility
Log In Help Join The Motley Fool
Free Article Join Over 1 Million Premium Members And Get More In-Depth Stock Guidance and Research
By Matthew DiLallo, Maxx Chatsko, and Timothy Green – Apr 14, 2019 at 9:19AM

This high-octane midstream stock, drug developer, and retail giant have the growth potential to send their shares skyward.

High-growth companies have the potential to produce big-time stock returns. That's because investors put a premium on companies that can grow revenue and earnings at an above-average clip. 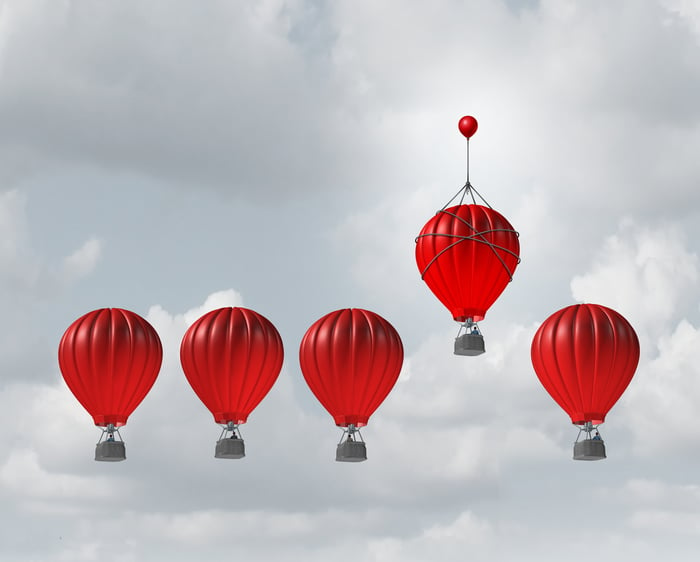 Matt DiLallo (Altus Midstream): In September 2016, oil and gas giant Apache (APA -0.75%) unveiled the Alpine High discovery in an underexplored area of the Permian Basin. At the time, the company thought the region contained 3 billion barrels of recoverable oil and 75 trillion cubic feet of natural gas. Continued drilling in the area has shown that the company controls a massive amount of oil and gas.

However, one of the issues of developing a new region is the need to build out the infrastructure to move the production to market centers. Apache spent several hundred million dollars on constructing midstream assets such as natural gas-gathering pipelines and processing plants. It also locked up options to buy stakes in long-haul pipelines that others have under construction. The company subsequently created Altus Midstream as its vehicle to operate and build out the midstream infrastructure needed to support its Alpine High development.

Altus currently expects to invest between $2.2 billion and $2.5 billion through 2021 to build additional gathering and processing infrastructure, as well as participate in the construction of five long haul pipelines. The company and its partners secured long-term, fee-based contracts with Apache and others to support these projects, which means they'll provide predictable cash flow when they come online. That leads Altus to estimate that it's adjusted EBITDA will surge from between $75 million and $95 million in 2019 up to a range of $400 million to $500 million by 2021, a more than 400% jump at the midpoint. Further, it sees EBITDA growing at a more than 10% annual rate in 2022 and beyond, fueled by Apache's continued expansion in the Alpine High. That high-octane earnings growth could propel Altus Midstream's stock skyward in the coming years, making it a compelling growth stock to consider.

Tim Green (Target): Some may not consider retailer Target to be a high-growth stock. But I think the company's recent performance coupled with its online growth potential puts it squarely in that category.

Target's online strategy has been centered around its stores. The retailer uses its more than 1,800 locations to fulfill the bulk of the online orders it receives. Doing so frees Target from needing to spend billions on new distribution centers, and it reduces average fulfillment costs by 40% compared with fulfilling out of an upstream warehouse.

Target can also get orders to customers quickly, because they're often coming from just a few miles away. Target offers free next-day delivery for REDcard and Target Circle members on home essentials through its Restock service, and its Shipt service provides same-day delivery for those willing to pay an annual fee. Products from both services come directly from Target stores.

This store-centric online business model is working. Digital sales soared 36% in 2018, and it wasn't at the expense of the stores. Comparable store sales jumped by 3.2%, a solid result given the difficulty many retailers are having growing sales. Target sees a low- to mid-single-digit increase in overall comparable sales in 2019.

In the world of high-octane growth stocks, Target is a slouch. But there aren't many traditional retailers growing as quickly as Target. 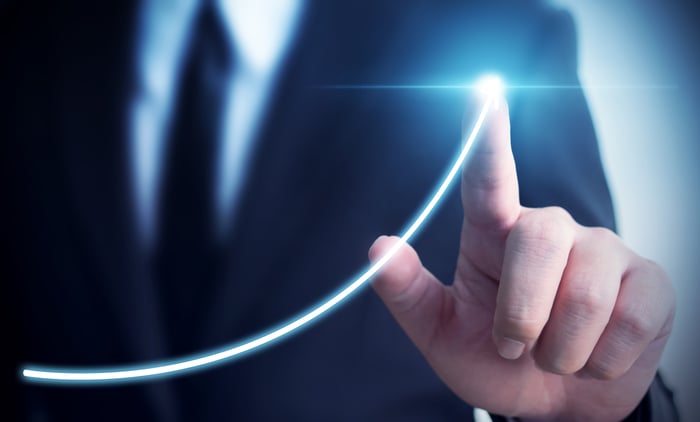 A spat with the FDA is a buying opportunity

Maxx Chatsko (Vanda Pharmaceuticals): The U.S. Food and Drug Administration wants Vanda Pharmaceuticals to conduct a nine-month safety study of its most promising drug candidate, tradipitant, before it can be administered to humans for longer than three consecutive months. The abundance of caution from regulators stems from potentially fatal side effects of the drug tradipitant is aiming to replace in gastroparesis, although a large body of preclinical data collected to date -- including studies involving 300 times the proposed human-equivalent dose -- hasn't found any significant safety concerns for the experimental treatment.

While the company says the development timeline for tradipitant hasn't been affected by the partial clinical hold from regulators, the announcement of a lawsuit against the FDA over its insistence on an additional study sent shares tumbling earlier this year. No matter how the spat plays out, opportunistic investors might be willing to bet on the company's long-term potential.

Vanda Pharmaceuticals is a commercial-stage company with healthy operating margin. In other words, tradipitant could be an important part of the company's future, but it is by no means the driving force of the business today. Wall Street seems to have grossly overreacted to recent news. For example, Hetlioz, a medication approved for a rare sleep disorder, grew revenue 29% year over year in 2018, while operating expenses declined 6% in that span. That allowed the business to deliver operating income of $21.7 million last year, compared with an operating loss of $16.9 million in 2017. Full-year 2019 guidance hints operating income could come close to $40 million this year.

Growth from the company's lead drug franchise and the recent plunge in stock price have shares of Vanda Pharmaceuticals trading at just 5 times sales and 21 times future earnings estimates -- remarkably cheap for a profitable and growing pharmaceutical company. That suggests that shares could soar once the uncertainty hanging over tradipitant is resolved.