Please ensure Javascript is enabled for purposes of website accessibility
Log In Help Join The Motley Fool
Free Article Join Over 1 Million Premium Members And Get More In-Depth Stock Guidance and Research
By Daniel B. Kline - Apr 14, 2019 at 8:16AM

It's easy to say more sales are going online, but that's not the full story.

If you're already sick, it's generally easier to catch something that might kill you. That's essentially what has happened to retailers like Toys R Us, Payless, BonTon, and a few others.

These companies were saddled with debt and that made it hard for them to make the investments needed to compete in an evolving marketplace. That put these brands in a sort of impossible situation: Shrinking sales led to less money being available for any changes, which created a cycle of failure.

It's a phenomenon that Tiger Capital Group Executive Managing Director Bradley W. Snyder believes has not gotten proper attention. He thinks that too much of the focus on retail closures has gone to the impact of digital growth and not enough has gone to debt. He wrote about the issue for Fashion Manuscript magazine, and shared some of his thoughts in a press release. 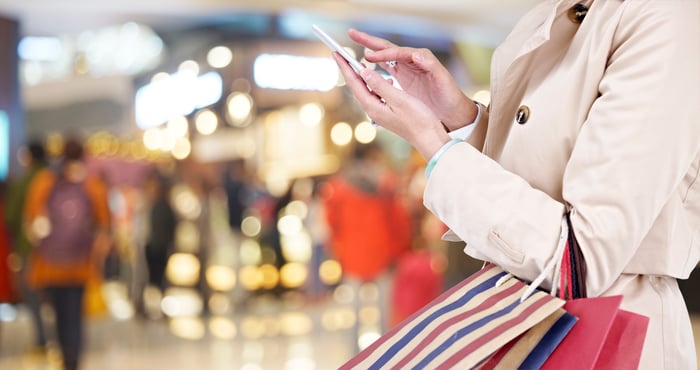 The rise of digital has made things worse for debt-laden companies. Image source: Getty Images.

The rise of digital retailers led by Amazon has clearly hurt weaker brick-and-mortar chains, which have not adapted to changing consumer needs. A retail chain like Payless, which recently began closing all of its North American stores, stands as another clear example of a debt-laden retailer which was driven to bankruptcy, according to Snyder.

"Within the fashion industry, explanations for such closures tend to hinge on the rise of e-commerce, stiff competition from off-price chains and the loss of brand-consciousness among younger shoppers," he wrote. "The consensus in my part of the business world, which is peopled by the likes of financiers, appraisers, liquidators and bankruptcy professionals, is that most laypeople fail to grasp the degree to which financial factors -- especially impatience triggered by a chain's excessive debt—are driving retail failures."

Basically, a number of failing chains took on heavy debt, usually through a leveraged buyout. Servicing that debt takes away from investing in digital operations, and that causes the company to lose sales. Once that starts to happen cash becomes even tighter, and eventually it becomes impossible to make payments on the debt, driving the company to bankruptcy.

"If the mortgage on your house were to quintuple overnight, paying your other bills would suddenly be a lot more stressful," Snyder wrote. "Debt-saddled retailers found themselves in an analogous position: Precisely when they needed a lot of money to launch e-commerce operations, ramp up in-store experiences and overhaul their supply chains, they were faced with overwhelming debt service."

Snyder offers a more nuanced view of the so-called retail apocalypse than most. It's easy to blame the internet, but brick-and-mortar chains can leverage their stores to succeed in the online world.

Best Buy, Walmart, Target, and other winning retailers have not stopped opening stores or backed away from brick-and-mortar. Instead, they've used their stores as tools in an omnichannel model. Customers can buy online after shopping in a store, or pick up an order in a store that they purchased online.

Consumers demand choice. Flexible retailers with money to invest have given them that. The brands that are failing either weren't able to due to debt constraining investment, or they made some very poor decisions when it came to the internet.