Great businesses are built and sustained with the help of many. At cloud-based marketing, sales, and customer service software provider HubSpot (NYSE:HUBS), Warren Buffett and Microsoft (NASDAQ:MSFT) CEO Satya Nadella are playing part-time mentor to company co-founder Brian Halligan -- though it's a fair bet neither knows Halligan is watching, learning, and stealing some of their best plays. Here's how. 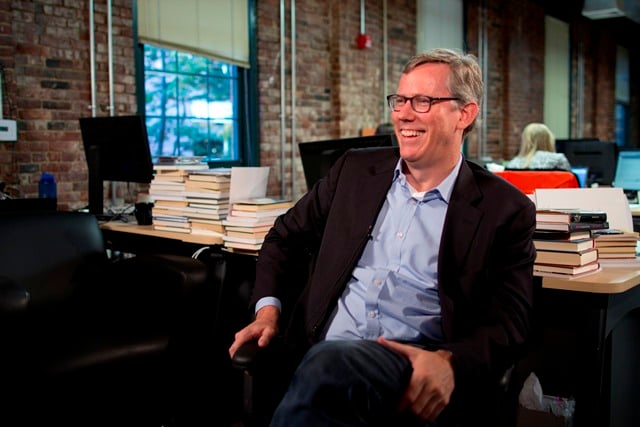 In February's conference call to review fourth-quarter and full-year 2018 results, Halligan referenced a favorite Buffett quote about businesses that plan for sustainable growth.

"One more thing about 2019. We've used the Warren Buffett quote with you before that goes something like, someone is sitting in the shade today because the seed was planted several years ago. Several years ago, we planted the suite seeds, and it's starting to throw off some shade for us today, with much more shade to come in the future. In 2019, you'll start to see a new seed we're planting as we shift HubSpot from an all-in-one suite to [much more] of an all-on-one platform." (Emphasis mine.)

If that sounds ambitious, it is. Not only are platforms sold on a larger scale but they're usually employed by bigger companies with bigger budgets. Going after bigger fish could lead HubSpot to collide with Salesforce.com (NYSE:CRM) on some deals, especially since HubSpot offers a free customer relationship management (CRM) tool to get customers started. (Salesforce has made most if its living selling the market's most popular CRM tool.)

It's that CRM tool that's helping funnel an increasing number of customers into multiple HubSpot products. Integrating the company's suite of marketing, sales, and service hubs and grounding them all in the CRM -- what HubSpot used to call its "Growth Stack" -- feels like a natural next step to me. It's also a natural pitch: Most everything in the cloud era is packaged and sold as a platform. That HubSpot would christen one of its own should surprise exactly no one.

Buffett isn't the only one counseling Halligan and the HubSpot team from afar. Nadella has become a tech industry star as architect of Microsoft's newfound willingness to be an open partner with anyone that can make its cloud platform better -- including, most recently, the open-source Kubernetes container technology that originated with Google. Halligan says to expect HubSpot to embrace other technologies that will improve its platform experience for customers.

"We want to be able to help our customers grow better. And although we'd love for them to completely rely on HubSpot's applications to do so, the reality is that a modern business has lots of important applications. What we want to do over time is enable our customers to use all of their applications with HubSpot." (Emphasis mine.)

Creating an ecosystem where HubSpot can cooperate with virtually any app -- a process the company now calls "HubSpot Connect" -- has vast implications in that it geometrically increases the ways HubSpot can help its customers. Solving new problems for old customers is the lowest-cost way to grow subscription revenue. 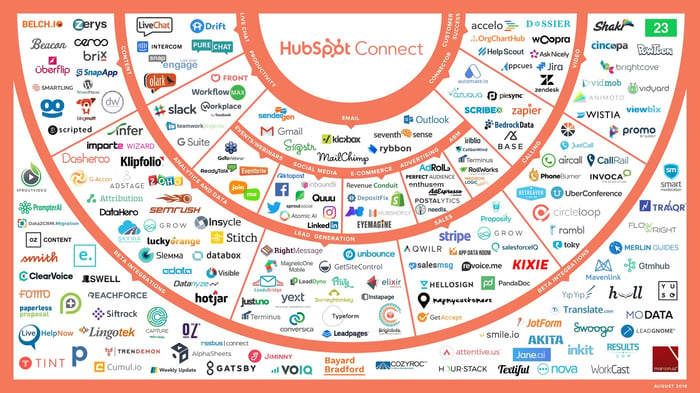 What does all this mean for HubSpot's bottom line? Analysts are optimistic, to say the least. According to data supplied by S&P Global Market Intelligence, Wall Street is calling for 57%-plus annualized earnings growth over the next three to five years. That's a breathtaking pace, but it also wouldn't be out of character. HubSpot has drastically improved gross margin in recent years while expanding revenue by 36.6% and cash from operations by 71% in the past year alone. At some point, that growth and operational leverage will churn up substantial profits to go with the cash already flowing into HubSpot's coffers.

In the meantime, it's encouraging to see that Halligan hungers to learn from his elders. Great businesses are built by founders, scaled by teams, and (in the best cases) hardened by the wisdom of those who've come before.