Recent reports have said that Netflix (NASDAQ:NFLX) is in talks to buy Grauman's Egyptian Theatre in Hollywood. Given that the streaming giant is aiming to upend the traditional movie business, the move seems odd at first glance. However, the older, more conservative film industry is proving a bit of a tougher nut to crack for Netflix than the cable industry ... which is where this theater purchase makes more sense.

Netflix's Roma was nominated for the best picture Oscar this year, but it was only shown in about 40 U.S. theaters, roughly three weeks before it was released on Netflix streaming service. That relatively short window is in contrast to the current 90-day minimum before a film can typically be shown on cable or streamed online. And the theaters where it was shown were also the property of relatively small, specialized, private companies, such as Landmark Theatres, Laemmle Theatres, and AMC Networks (which owns the IFC Center in Greenwich Village, N.Y.).

It appears Netflix's purchase of the Egyptian isn't so much a financial investment as it is an effort to overcome this broad Hollywood resistance. 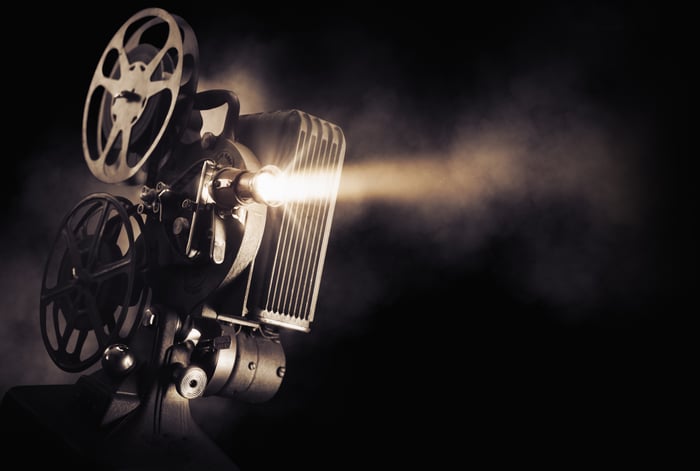 Deadline reports that as part of the deal -- which may be valued in the tens of millions of dollars -- Cinematheque will continue running the theater and still play its unique content on weekends. Netflix, meanwhile, may screen its own offerings during the week and potentially host premieres of its original films.

Film studios typically split theater revenue roughly equally with theater chains, but it's unlikely Netflix's motivation is the ticket revenue from a single theater. American Cinematheque has reportedly run into financial problems, so Netflix's investment in this well known landmark property is more likely a gambit to curry favor with the old-school Hollywood establishment.

Should Netflix display sufficient fealty to Hollywood tradition by investing in the Egyptian, it's possible that the Academy of Motion Picture Arts and Sciences may allow Netflix to clear a lower bar in order to continue getting access to Oscar glory. Though Spielberg and Nolan have objected to Netflix's token theater runs, Netflix has already attracted other prestigious directors such as Martin Scorsese, Alfonso Cuaron (of Roma), and the Coen brothers, who make more independent fare. So Netflix appears to already be inching its way toward broader acceptance in Hollywood, and this token investment may be a way to further that advance.

There has also been talk recently of Netflix potentially purchasing an entire theater chain, such as the private Landmark Theaters, in the face of the large theater chains' Netflix boycott. However, the purchase of a single, prominent historic theater may have a similar effect, and for a lot less money. If it works, it will be another in a series of very smart moves by the streaming leader.

Netflix has definitely disrupted the TV and film industries, despite pushback from many huge, established competitors. And even if Netflix does manage some Oscar nominations for its original content, there is still more than needs to be done to get its movies wider theatrical distribution. Netflix wants to keep theatrical and streaming releases as close together as possible. This gives its customers a choice and increases the value of Netflix subscriptions. However, it shouldn't be surprised that the major theater chains will want to keep first-run exclusivity theater-centric for as long as possible.

I expect overtures like the potential Egyptian Theatre purchase will eventually allow Netflix to continue qualifying for Oscars. But widely distributed theatrical runs for Netflix movies? That will likely still be a struggle, and could require bigger concessions.