These three companies have the beauty of simplicity and could be worth a look.

"Invest in what you know" is a famous bit of advice that's helped guide investors like Peter Lynch to incredible success, but the real wisdom of the maxim isn't to buy a stock just because you see the company's name around or use its products. It's to know what you're investing in. Some companies make that easier than others. Fortunately, easy-to-understand companies can also be big winners.

Simple companies can post great performances, and there's often a lot to like about straightforward businesses that can concentrate on their strengths rather than being weighed down by a slew of complicating factors. With that in mind, read on to get the skinny on Kroger (KR 1.57%), TJX Companies (TJX 0.75%), and Netflix (NFLX 1.98%) -- three companies that boast the beauty of simplicity. 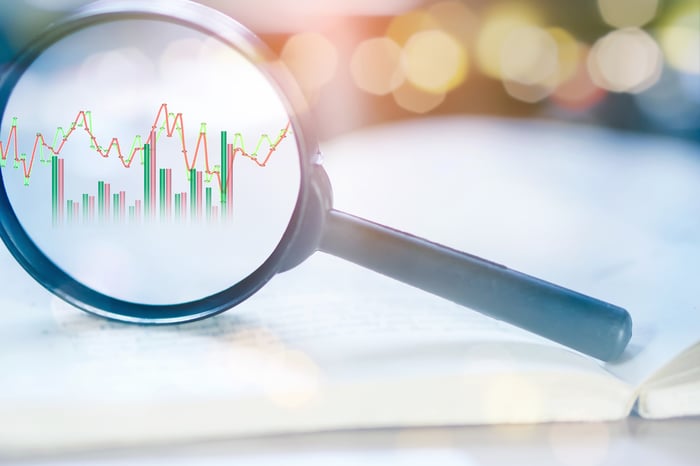 Rich Smith (Kroger): If you're looking to invest in a business so basic that anyone can understand it, I think Kroger is probably about as basic as you can get. I mean, what does a grocer do, really? They buy products at wholesale, put them on shelves, and try to sell them at retail for a small markup.

No cloud-computing. No voice-activated smart-speakers. This is about as basic as capitalism gets.

Kroger might not be a particularly a sexy business. It's not a high-margin business, either -- Kroger grosses only about $0.22 per $1 dollar of sales, and it nets barely two-and-a-half pennies per revenue dollar. Still, that was enough to earn Kroger $3.1 billion in net profit over the last 12 months, and at a $19.9 billion market cap, that makes for a P/E ratio of just 6.4.

That sounds cheap, but is it a good value?

Kroger pays its shareholders a 2.2% dividend yield, and it's expected to grow earnings at 6% annually over the next five years, making for a "total return" of about 8%. Divide that into the P/E ratio, and it looks to me like Kroger stock is selling for perhaps a 22% discount to its intrinsic value.

It doesn't take a genius to understand that that's a bargain.

Demitri Kalogeropoulos (TJX Companies): Accurately predicting demand is one of the biggest challenges in the retailing world. Companies routinely miss the mark on these forecasts, which leads to excess inventory they need to unload.

That's where TJX Companies steps in. The off-price retailer's army of merchandise buyers is constantly canvasing the industry for inventory opportunities it can use to stock its own shelves with products at discounts of 60% or more from full price.

It's easy to see why this operating model works, beyond just the appealingly low prices and the treasure-hunt shopping atmosphere it produces. TJX Companies also benefits from a leading market position, which allows it to reduce prices even further, as well as a flexible merchandising approach that lets it market a wide range of items from apparel to home furnishings.

The proof is in the numbers. TJX Companies just closed out its 23rd consecutive year of comparable-store sales growth with gains that trounced full-price peers like Target and Walmart. That record of steady gains, combined with a growing dividend, has produced phenomenal returns for long-term investors through the simple service of adding value to quality merchandise that just couldn't be sold in the full-price retailing niche.

Keith Noonan (Netflix): With roughly half of U.S. households using its streaming service, most Americans have some familiarity with what Netflix does. The company actually still generates sales from the mail-in DVD business that got the business off the ground, but the real name of the game is streaming video -- and Netflix has led the way in the category.

The streaming giant counted nearly 140 million total subscribers globally at the end of 2018. And while the company will likely continue to explore opportunities for video games and other forms of interactive content as part of its service, investors can count on the core of the company's growth coming from expanding its streaming membership base and gradually raising prices.

Netflix has led the push into original television and film production in the streaming space because it recognizes that a strong breadth of content is the key to bringing in new members and justifying price hikes. Creating its own content instead of relying on shows and films from other players gives the company more control over its platform's future and should be substantially more cost-effective over the long term. Roughly 85% of the the company's $13 billion 2018 content budget went toward creating its own shows and movies. The heavy focus on original content will continue to be the norm.

While Netflix's strategy should stay pretty consistent, the streaming video space is about to get more complicated. Companies including Disney, Apple, and AT&T are launching their own streaming services. That's likely to bring some changes for the industry, but the key to Netflix's success and the metrics for measuring its performance should stay pretty simple.