After both Philadelphia and New Jersey passed laws outlawing most stores that don't accept cash, Amazon (NASDAQ:AMZN) bowed to the assertion that its cashless Amazon Go stores represented "discrimination and elitism" and confirmed they will start accepting cash.

Although the legislative response to Amazon's innovative retail experience was overwrought, and the additional investments will come at a cost, allowing more consumers to shop its stores ultimately makes good business sense, since it opens up the locations to more potential customers. 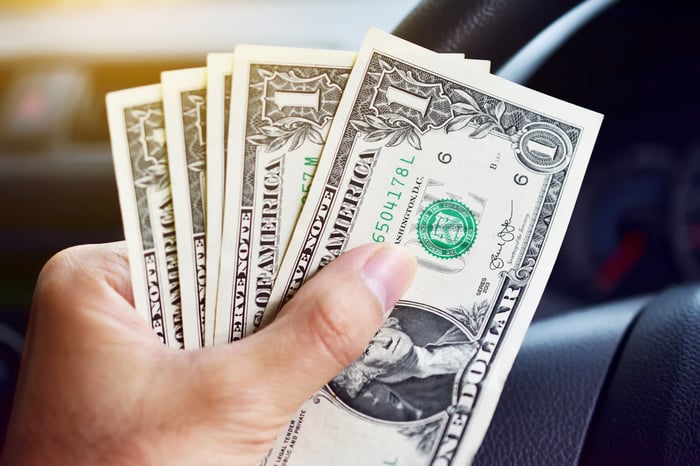 Leaving money on the table

Amazon has audacious plans to open as many as 3,000 Go stores in the next few years, though currently there are only 10 in operation. The way it works is pretty simple. Customers use their smartphones to download the Amazon app, which is activated upon their entering the store, and with omniscient Skynet-like powers, the store becomes aware of your movements, knowing what you pick up, put down, and leave with. Through an array of cameras, sensors, artificial intelligence, and machine learning, the Amazon Go store knows what you've selected and charges your Amazon account accordingly.

But the idea that you didn't need to interact with a cashier upset politicians who railed that consumers without bank accounts or smartphones, or even those with poor credit, would be unable to shop in the stores.

Some 8.4 million U.S. households, or 6.5% of the total, are unbanked, meaning they do not use a financial institution to keep any of their money; around 20% of Americans don't have a smartphone; and some 20% of consumers have a FICO credit score below 600. While there's probably a lot of overlap in those categories, it's clear that the number of potential customers Amazon was effectively locking out was substantial.

Still, there's no reason why someone must be entitled to shop at an Amazon Go store. An unbanked, non-smartphone-carrying, high-credit-risk customer could just as easily go to the local 7-Eleven or corner bodega and pay cash. It's also questionable how many such customers exist in areas where Amazon would site these stores, and whether they'd want to shop there anyway. As it stands now, four Go stores are located in Seattle, four are in Chicago, and two are in San Francisco, with a third arriving soon.

Adding in the cost of redundancy

Still, Amazon already had a partial solution to the problem in place. Two years ago it launched Amazon Cash, a service that allows consumers to add cash to their Amazon account by showing a barcode to a cashier at a participating brick and mortar retailers, who would then immediately apply the cash to the online Amazon account.

The change, however, does alter the full benefit of opening up the Go store. The whole purpose of the cashless store was to help eliminate the pain point that's created by the checkout line. The automated payment system was largely frictionless and highly cost effective, and it helped speed customers on their way. Some politicians perhaps more resistant to change have now reintroduced the logjam at the checkout line, which makes the stores less efficient.

It also adds new layers of cost to building one of these stores. The early models were estimated to cost $1 million each, so beyond the need to add an actual payment system, there are now the additional labor costs and cash-handling expenses that go with it.

And while Amazon Go stores didn't have cashiers, they weren't completely employee-free. There were always a handful to oversee the store, correct problems, and undoubtedly to replace items that were put down in the wrong area, but they will likely now get cash register duty, too.

For the customer who wants to experience the no-cash benefit of Amazon Go, that won't change, as they'll still be able to just grab and go. And because Amazon.com's mission statement has always been "to be Earth's most customer-centric company," meeting the needs of customers both with and without cash gives it the chance to further fulfill that goal, in theory.