A short seller issues a harsh rebuke of the Chinese car marketplace's business and outlook.

Shares of Uxin (UXIN 4.40%) plummeted 36% on Tuesday, after a short seller issued a report eviscerating the Chinese online used-car dealer and urging investors to head for the exits. It could have been worse: As of mid-afternoon, Uxin shares had lost about half of their value before recovering somewhat before the close.

J Capital Research analyst Anne Stevenson-Yang issued a report Tuesday claiming that Uxin has exaggerated the volume of auto sales it processes by as much as 40%. The firm, after discussions with dealers, former executives, and sales reps from competing companies, described Uxin as "a Craigslist of autos," listing cars that are for sale on multiple sites.

Uxin, according to J Capital, is funneling cash it could use to build its business to its founders. J Capital also claims Uxin's reputation in China is poor. 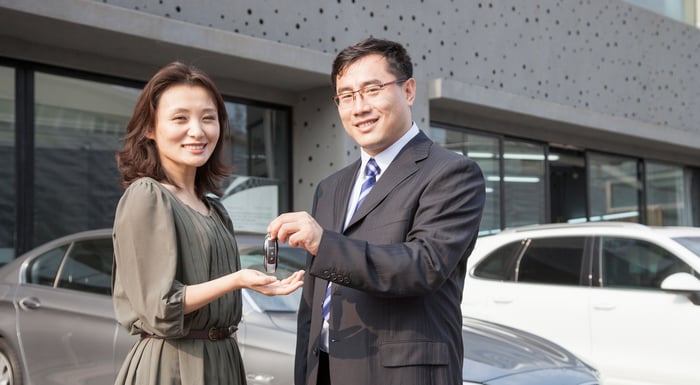 "Uxin's truly awful public reputation is well hidden from Western investors, but a simple search in Chinese turns up hundreds of news articles, blog posts, and lawsuits alleging that Uxin is a cheat," the report says. "The company is absolutely plagued with consumer lawsuits and has been repeatedly reported to consumer watchdogs in the Chinese government for improper fees added to the loans it sells."

J Capital warns that financial statements for Uxin's operating entities in China "show a staggering level of debt," urging investors to "race to the exits."

The report more than erased the gains the volatile Chinese company enjoyed following its fourth-quarter earnings report. Uxin topped its own guidance in the quarter, posting sales of $171 million against a forecast of $153 million to $159 million. 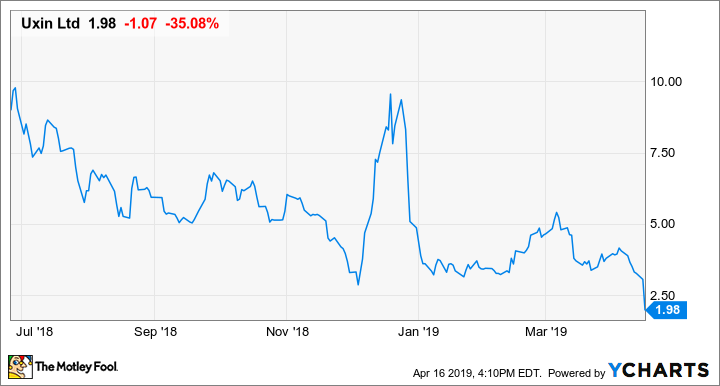 There isn't a clear smoking gun in the report, with Stevenson-Yang charging that "Uxin is so dishonest that we would not know how to attach a valuation." Bulls could use the lack of definitive numbers to dismiss the research, but then again that same lack of clarity is one of the best reasons to stay away from Chinese companies.

Bulls can take some comfort knowing that Uxin is backed by Tencent and in partnership with Alibaba, but on a trading day like Tuesday, those endorsements are unlikely to provide much comfort.

The one thing that is clear is that second-tier Chinese stocks, including Uxin, are likely to remain volatile. Given the massive size of the Chinese market and Uxin's apparent progress growing in that market, it's fine to take a flier on a company like Uxin. But given the risks involved, the company should be a very small portion of the overall portfolio.

Why Uxin Stock Was Plunging Today