North American rail operator Union Pacific (NYSE:UNP) wasn't able to fully overcome the effects of extreme weather in the first quarter of 2019, as its earnings report issued Thursday revealed. However, the rail giant was largely able to offset weaker volume through pricing actions and improved productivity. Let's walk through the headline numbers and zero in on the quarter's essential details below. Note that all comparative numbers are presented against the prior-year period. 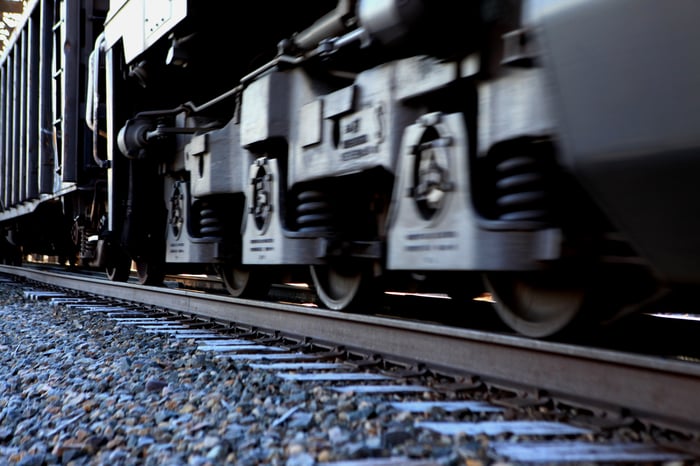 Fritz alludes to the point that before adopting PSR principles last fall, it's likely that such weather events would have crimped both the railroad's revenue and profits. A proactive focus on improving network fluidity gave the organization a bit more control over its destiny than it has enjoyed in similar situations over the past few years.

Looking ahead, Union Pacific doesn't issue quantitative earnings guidance. However, Fritz provided the following commentary in the company's "outlook" section of its earnings release: "We look to build on the momentum we had prior to the weather challenges and provide a consistent, reliable service product for our customers, while at the same time improving our operating efficiency. We remain focused on increasing shareholder returns through appropriate capital investments and returning excess cash to shareholders."

In short, Union Pacific is striving for service stability, and further improvement to its operating ratio -- the company intends to bring its full-year operating ratio below 61% in 2019 compared to 62.7% last year. Achieving these two objectives alongside higher revenue should help supply the cash flow for additional shareholder-friendly returns, which have amounted to $3.6 billion between share repurchases and dividends paid in the first quarter of 2019 alone.