Please ensure Javascript is enabled for purposes of website accessibility
Log In Help Join The Motley Fool
Free Article Join Over 1 Million Premium Members And Get More In-Depth Stock Guidance and Research
By Danny Vena - Apr 20, 2019 at 9:05AM

Last year's "Avengers" movie became one of the most successful blockbusters of all time, but the latest installment seems destined to surpass it.

A little more than a year ago, we were talking about Marvel's Black Panther, which had attained unprecedented success among superhero movies at the box office.  Many of its records were shattered within a few months, though, with the arrival of Avengers: Infinity War, which became one of the most successful films of all time. Earth's mightiest heroes claimed the crown for highest opening weekend box office, fourth highest all-time domestic ticket sales, and fourth on the list of all-time worldwide box office.

Now, all eyes are turning to the the follow-up, Avengers: Endgame, which opens on April 26. While there are no guarantees that the latest film in the saga will leapfrog its predecessor, unparalleled ticket presales are pointing toward another box office smash for Walt Disney (DIS 3.20%). 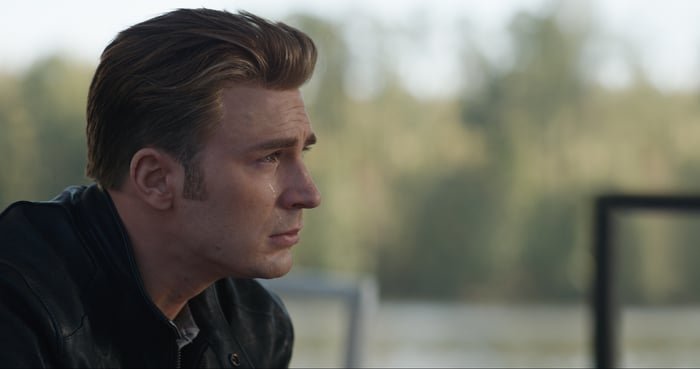 When tickets for Endgame went on sale in early April, many of the major ticketing websites crashed under the sheer volume of buyers. In just six hours, the film broke the single-day record for presales set back in 2015 by Star Wars: The Force Awakens. The high demand has continued; Fandango says Avengers: Endgame is outselling Infinity War by five to one, and also set a new high for the first week of presales, another record previously held by The Force Awakens.

The same scenario is playing out internationally. Avengers: Endgame sold more than 1 million tickets the first six hours they were available in China, according to Maoyan Box Office System, as reported by Deadline. "This is a record for all movies in the Middle Kingdom; not even a Chinese New Year title has crossed the 1 million admission level in the same amount of time," Deadline said. It's currently forecast that the film will reach $75 million in ticket presales in China, though some estimates are as high as $100 million.

During the first week of #AvengersEndgame ticket sales, we've sold 5x the number of tickets sold for Infinity War 💪 pic.twitter.com/uaaP0EKkYb

It's important to point out that Avengers: Endgame faces one significant challenge on the ticket sales front that its predecessor didn't -- its run time. The film is a whopping three hours and one minute -- 25 minutes longer than Infinity War. In fact, Marvel boss Kevin Feige warned, "You just don't ever find a good time to run out to the bathroom."

That length means cinema owners will find it challenging to schedule as many showings as they have with previous blockbusters. There are ways around that, of course. Disney could have the film run in more theaters, and multiplexes could devote a greater number of screens to  it.

In terms of going after box office crowns, Avengers: Endgame has an advantage over Infinity War in that it will debut in every major market simultaneously. Last year, Infinity War broke the record for worldwide opening weekend box office, pulling in $640 million in ticket sales, but that excluded China, where it opened two weeks later to $191 million in sales.

Endgame is arguably the most anticipated film of 2019 (at least until Star Wars: Episode IX arrives in December), and Disney is pulling every lever at its disposal to ensure it's a worldwide smash. Early tracking suggests the film could take in between $200 million and $260 million domestically, and if it reaches the high end of that range, would exceed the $258 million opening weekend take of Infinity War. Additionally, with opening weekend estimates as high as $800 million worldwide, it could easily eclipse the $640 million opening weekend take of its predecessor.

All things considered, several box office records are likely to fall shortly after the movie debuts on April 26 -- and more will likely follow.