The Mac maker is on track to spend $360 million on Amazon's cloud platform this year.

Amazon's (AMZN -1.08%) cloud hosting service, Amazon Web Services (AWS), is the backbone of the internet, providing the back-end cloud infrastructure that powers many apps and services. It turns out that Apple (AAPL 0.19%) is one of AWS' biggest customers, even as the tech giant continues to build out its own data center infrastructure. The company said in December that it plans on investing $10 billion to build more data centers all around the country over the next five years.

Apple has long used AWS and Alphabet subsidiary Google for iCloud data storage, but now we know how much the company is spending on the larger platform. 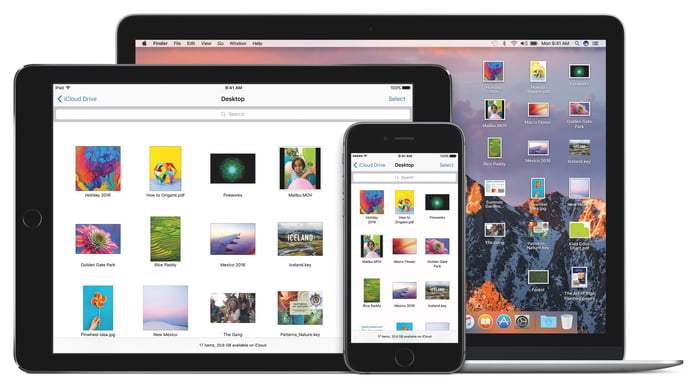 CNBC reports that the Mac maker spent approximately $30 million per month on AWS in the first quarter, putting it on track to spend $360 million this year as part of a multiyear agreement with Amazon. That level of spending was up around 10% from a year ago, according to CNBC. Apple has reportedly committed to spending $1.5 billion on AWS over the next five years, after spending $350 million in 2018. AWS generated $25.7 billion in revenue last year, up from $17.5 billion in 2017.

Many companies increasingly rely on AWS, preferring to outsource cloud infrastructure instead of building data centers, a costly and time-consuming endeavor. Snapchat parent Snap relies entirely on third-party cloud platforms, and recently restructured its own spending commitments with AWS. Snap is on the hook for $150 million this year. Freshly public ridesharing platform Lyft has committed to spending $80 million per year over the next three years, and will need to spend at least $300 million in total by the end of 2021. Pinterest, which also just went public, has committed to spending $750 million at AWS through 2023.

Apple has at times struggled with reliability as its services business continues to grow, straining its cloud capacity. iCloud suffered a major outage that lasted several hours just last month, for example, in addition to a similar service disruption in October. As the company continues to introduce more new services, its cloud capacity needs will only keep growing.

Most of the services unveiled last month are set to launch later this year, and Apple TV+ in particular will require quite a bit of bandwidth as a video-streaming service. Additionally, Apple is reportedly requiring video partners to host their content on Apple's servers, giving it insight into valuable viewing data while also increasing its capacity needs further.

That means that Apple's growing services business is being powered in part by one of its rivals -- at least while it continues to build out its own data center network. Fiscal 2019 capital expenditures are expected to be $14 billion, a chunk of which will be allocated toward data centers.