Following fiscal fourth-quarter results, Apple ( AAPL 0.74% ) has now filed its related annual form 10-K with the SEC. The document always includes additional tidbits not included in its earnings release, including its forecast for capital expenditures in the next fiscal year. Total capital expenditures for 2018 came in higher than expected, but the Mac maker is predicting that 2019 capital spending will decline compared to last fiscal year.

Apple is guiding for fiscal 2019 capital expenditures of $14 billion. 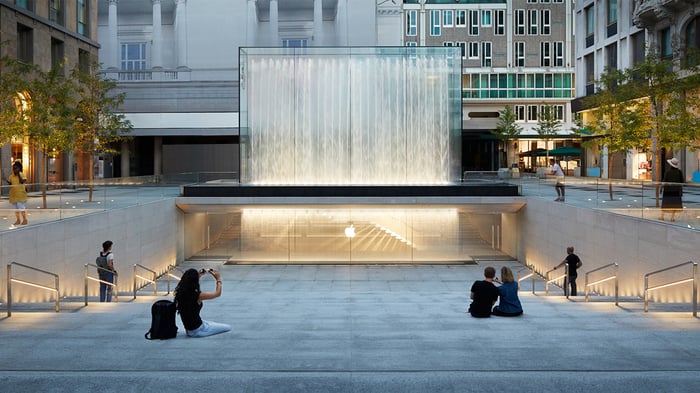 Capital expenditures to decline in fiscal 2019

The company ended up spending a record $16.7 billion in capital expenditures for fiscal 2018, slightly higher than the $16 billion it had initially expected. For context, that's more than the $15.5 billion that Intel expects to spend in 2018. That was actually the first time in years that Apple spent more than it anticipated, with 2012 being the last fiscal year that capital expenditures exceeded its guidance. 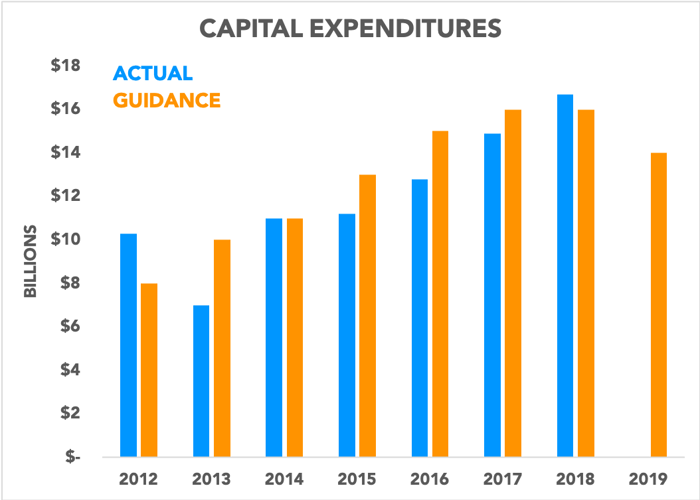 Generally speaking, the bulk of Apple's capital expenditures are for product tooling and manufacturing infrastructure, in addition to data centers and other corporate facilities. Apple Park, the company's shiny new corporate headquarters that cost an estimated $5 billion, was completed in early 2017, so those costs are not included in fiscal 2018.

However, Apple did announce earlier this year that it was building a new corporate campus, which will initially be for technical support. Apple also spends hundreds of millions of dollars per year on renovating and opening retail stores around the world, such as the Piazza Liberty location in Milan (pictured above).

Apple has launched or unveiled a wide range of newly designed products in recent weeks, including new iPhones, Apple Watches, iPad Pros, and more. Redesigned products always entail significant investments in manufacturing infrastructure, so the higher-than-expected fiscal 2018 capital spending is attributable to the sheer breadth of new products that Apple has launched over the past year. New gadgets always start at the height of their cost curves, and it shows here.

Fortunately, tax reform has unlocked Apple's overseas cash hoard, giving it greater access to all of its capital. It won't need to issue debt to fund its capital return program or domestic capital expenditures.

The relative decline in Apple's forecast also suggests it won't have as many redesigned products over the next year, and will instead mostly lean on existing designs while periodically bumping internal specs. Given how much of its portfolio has been revamped over the past year, the company should be able to get several good years out of those form factors.

This Could Cause Mobile Advertising Spend to Surge