The FDA approved a design change for the company's Opus breast implants.

Shares of Sientra (SIEN -5.85%) closed up 9%, having been up as much as 14.8% today, after the Food and Drug Administration gave a premarket approval for the Sientra OPUS silicone-gel breast implants.

It's hard to see how today's news is really worth a 9% jump in the share price. The approval is for a new design of an already-approved breast implant, so the effect on sales will be minimal, especially since Sientra has other products, such as its miraDry system to lower underarm sweat.

It should also be noted that while the approval was posted by the FDA today, the agency actually made the decision last Wednesday -- but Sientra has neither highlighted the approval in a press release nor disclosed it in a filing with the Securities and Exchange Commission. 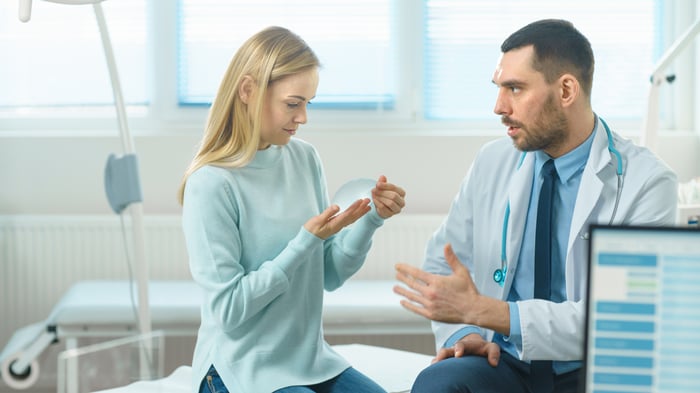 Of course, after Sientra's lackluster fourth-quarter earnings results, investors may be grasping at any good news.

Sientra's management is looking for a 25% increase in breast-implant sales this year, but on the recent earnings call, it noted that outlook was based on a successful meeting of the FDA advisory committee that periodically reviews the entire class of implants. It's not just Sientra's implants that are up for review; competitors Allergan, Johnson & Johnson's Mentor Worldwide, and Ideal Implant Inc. will also present at the meeting.

The results of that two-day meeting, which is scheduled to start on Thursday -- and how the media spin the committee's recommendations -- will determine whether women increase their use of breast implants, and should affect Sientra's valuation more than today's FDA approval.