The company released preliminary results for its fourth quarter.

On Thursday, medical aesthetic products manufacturer Sientra (SIEN -2.34%) reported preliminary results for its fourth quarter and full-year 2020. They were enough to impress investors, and as a result, the company's stock is rising sharply on Friday. As of 1:08 p.m. EST, Sientra's shares are up by 16.1%, after jumping by as much as 31.7% earlier in the day.

For its fourth quarter ending Dec. 31, 2020, Sientra expects to report net sales of $22.6 million. And while that represents a 2% year-over-year decrease, let's not forget that the company has faced significant headwinds because of the pandemic. The average analyst forecast for Sientra's net sales for the fourth quarter is $16.83 million, meaning the company's top line will likely exceed expectations. Sientra has its breast aesthetics products to thank for that. 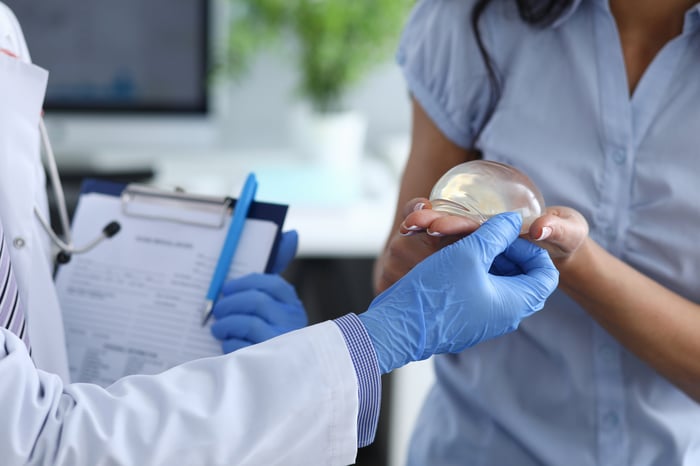 For the fourth quarter, net sales from the company's breast products segment will be about $17.9 million, the highest net sales figure it has ever recorded for this segment and a 40% increase compared with the year-ago period. The healthcare company also thinks it will record $71 million in net sales for the fiscal year 2020, above its previous guidance of between $63 million and $66 million. It is also above the $65.43 million analysts are expecting on average.

Even after today's rally, Sientra's stock is still down by 4.1% over the past 12 months, largely due to obstacles caused by the outbreak. Given the sneak peek the company gave us today, its shares could soar even more when it releases its full fourth quarter and fiscal year 2020 financial results in early March.