The industrial supply company booked healthy profits but found it difficult to nudge its top line in the first quarter.

Industrial maintenance, repair, and operating (MRO) supplies distributor W.W. Grainger (GWW -0.88%) released first-quarter 2019 results on Monday. The organization recorded rather anemic revenue against the first quarter of 2018, and shareholders quickly expressed a grievance: Shares lost 5.5% in the trading session following the earnings release. Below, I'll review essential details from the last three months. Note that all comparative numbers are presented against the prior-year quarter.

What happened with Grainger this quarter? 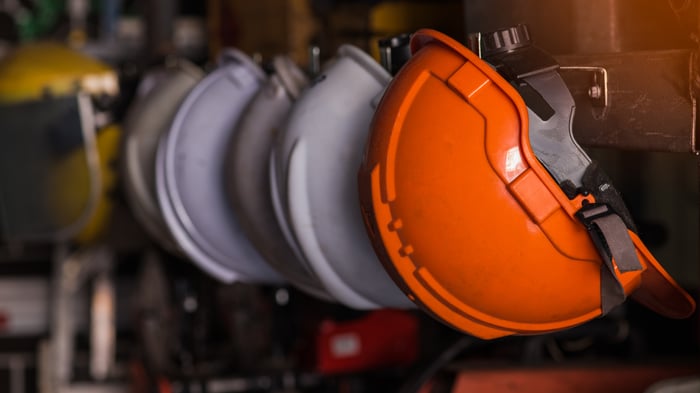 Given its revenue concentration in the U.S., Grainger monitors stateside economic expansion carefully each year in order to gauge its own potential for growth. During the company's earnings conference call on Monday, CEO Donald Macpherson described demand for the organization's high-touch solutions and endless assortment revenue streams in terms of the U.S. MRO market:

The U.S. market was choppy to start the year due to the uncertainty around tariffs, the government shutdown and the inclement weather. While we continue to see growth across all of our end markets, we did see market growth slow versus 2018. We estimate that the US market grew about 2% to 2.5% in Q1, including approximately one point in price.

Grainger reiterated its full-year outlook on Monday, which calls for operating margin of 12.2% to 13% and year-over-year sales growth of between 4% and 8.5%. CFO Tom Okray reminded investors during the earnings call that to hit the top end of the expected revenue range, Grainger intends to gain 300 to 400 points of market share in the U.S. However, the state of the overall market could hinder this objective.

After first-quarter U.S. MRO market expansion of roughly 2%, Okray indicated that the environment remains uncertain. A resumption of market growth "significantly higher than 2%" -- meaning at least 3% -- will enable Grainger to top out near 8.5% in annual revenue improvement this year.

But if the domestic MRO market continues to widen at a rate of 2% or slightly slower, Grainger's middling revenue performance of the last three months may be repeated in the coming quarters. Investors' reaction to management's caution over the organization's top line explains at least part of Monday's share price decline.