Sony (NYSE:SONY) is a household name in technology. The company used to be well-known for products like the Sony Walkman line of portable cassette players. It's still a major manufacturer of digital cameras and audio accessories like headphones, and, if you're a gamer, you've undoubtedly heard of the company's PlayStation line of video game consoles.

What might not be clear to those interested in investing in Sony shares is just how important each of the markets that the company participates is to its top and bottom lines. 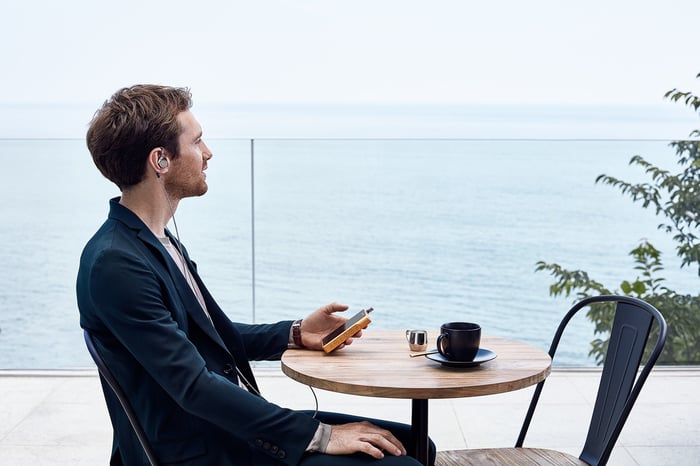 To that end, let's take a closer look at just how Sony makes its money so that investors can better understand how the ebbs and flows within each business impact the whole.

What's most important to Sony?

Unsurprisingly, Sony has a lot of different operating segments -- nine, to be precise. These include the company's game and network services (G&NS); music, pictures, home entertainment, and sound (HE&S); imaging products and solutions (IP&S); mobile communications (MC); semiconductors; financial services; and a catch-all category called "all other."

Here's a ranking of these segments by expected fiscal 2018 revenue:

Here are those same segments, but ranked by projected operating income for the year (I've excluded the one-time items that materially inflated the operating profit forecast for the music business in ranking these segments):

Where things get interesting is in the mismatch between the third-place rankings in these lists. Sony's semiconductor business, which sells image sensors into many applications including smartphones, is its fifth-largest segment by revenue, but by virtue of its relatively high operating margin, it's a business that turns more of its revenue into operating income than many of the company's other segments.

It's worth noting, too, that Sony doesn't seem to have an unhealthy dependence on any one business segment. Its gaming business -- its largest segment -- is only expected to be responsible for about 27% of the company's total sales and 35% of its operating profit (this number isn't quite perfect because Sony's MC segment and its catch-all "all other, corporate and elimination" line serve as deductions to the company's projected total operating income).

Sony is extremely diversified and its collection of businesses is largely made up of healthy, profitable operations. The only exception is its mobile business, which is not only expected to see its revenue collapse by 32.3% on a year-over-year basis, but its operating loss is expected to more than triple this year.

The company said in its earnings presentation that it expects to cut costs associated with its mobile business, presumably to offset the damage that the revenue plunge is causing. However, at this point Sony's mobile business is, frankly, looking like it's underperforming and deep in the throes of a death spiral. There does not seem to be a clear path to long-term profitability in this segment, particularly as the top players in the smartphone market continue to consolidate their power.

Sony is an interesting technology company precisely because of its diversification, and the business could be even more appealing if management decides to finally dump its money-losing smartphone business. The company's stock is also reasonably cheap, trading at about 12.53 times what analysts think its 2020 earnings per share will be.

Now, to be fair, that low valuation is probably deserved, as the company's near-term growth prospects don't look great (analysts are modeling 0.6% revenue growth in 2019 and a 0.1% decline in 2020). But if Sony can show a return to long-term growth (the upcoming PlayStation 5 game console cycle should be a helpful driver there in 2021 and beyond), the stock could enjoy a rerating to a higher multiple, ultimately yielding a fatter share price.