The telecom behemoth continued to slowly grow its business.

Sales overall ticked up just over 1% from the year-ago quarter to $32.12 billion. 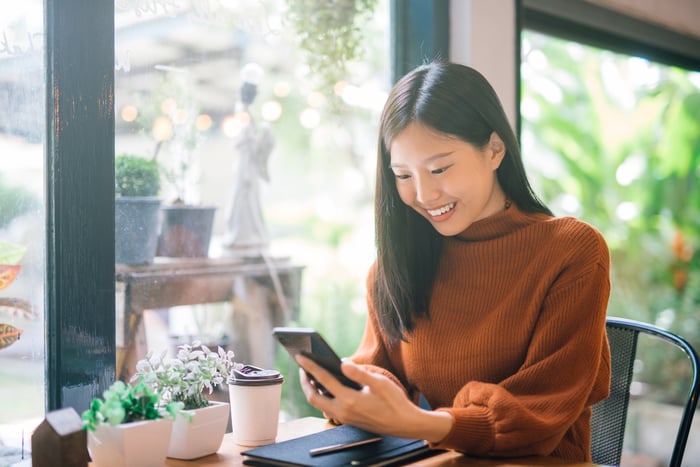 Service revenue in Verizon's wireless division increased by 4.4% in the first quarter. That increase came from customers moving up to higher-priced plans, increased net additions in the quarter, and an increase in the number of device connections on each account. The company's postpaid phone churn -- the rate at which phone customers leave for another carrier -- was less than 1%.

Verizon's much smaller business segment, wireline, saw its revenue slide 3.9% in the first quarter to $7.3 billion. The company said that pricing pressures on legacy products were partly to blame for the drop. On the brighter side, Verizon had 52,000 Fios Internet net additions in the quarter, and revenue from the company's Fios business ticked up 3.6% year over year to $3.1 billion.

Verizon spent $4.3 billion in the quarter on capital expenditures, including for expenses related to building its new 5G network. The company noted in its press release that "2019 is shaping up to be an exciting year for Verizon. We are leading the world in the development of new technologies with the launch of our 5G Ultra Wideband network. Our ambition remains unchanged to provide the most advanced next-generation networks in the world."

Verizon's management said that it was raising its earnings guidance for full year 2019 and expected "low single-digit percentage growth" for its adjusted earnings per share. The company also said that its GAAP revenue for the full year would grow by a low-single-digit percentage as well. Verizon said it will spend about $17 billion to $18 billion in 2019 as the company expands its commercial 5G launch.

With the company's earnings beat, raised guidance for the full year, and continued expansion into 5G, Verizon investors appear to have a lot to look forward to in 2019.

Where Will Verizon Communications Stock Be in 1 Year?
420%