Shares of Hasbro (NASDAQ:HAS) jumped more than 14% on Tuesday after the toy maker reported a surprise first-quarter profit, putting a miserable 2018 in the rearview mirror.

On Tuesday morning, before markets opened, Hasbro reported a profit of $0.21 per share on revenue of $732.5 million, far better than the $0.10-per-share loss on revenue of $665.3 million that analysts had expected. Results were sparked by strong performances from its franchise brands, notably toys associated with the Bumblebee Transformers movie, as well as interest in its Play-Doh and Monopoly franchises. 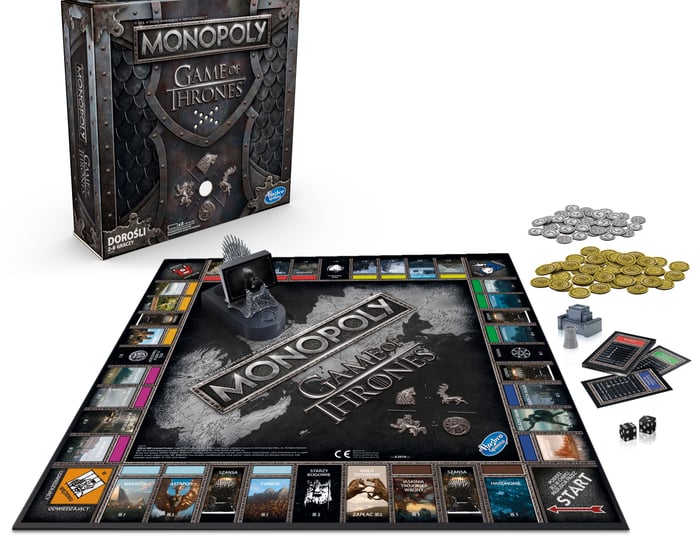 Hasbro is benefiting from branded games, including this Game of Thrones edition of its Monopoly franchise. Image source: Hasbro.

The results mark a significant turnaround from last year, when Hasbro and other toy makers suffered through the bankruptcy and subsequent liquidation of Toys R Us.

Hasbro is also seeking opportunities to streamline, telling investors that it remains on track to extract $50 million to $55 million in cost savings for the year.

The results are a feather in the cap of chairman and CEO Brian Goldner, who urged patience during 2018 and pledged to return to profitable growth in 2019. The CEO in a statement accompanying the earnings release remains upbeat about the full year.

"We are beginning to see improvement in our commercial markets, notably in the U.S. and Europe, and operating profit was driven by high margin revenue growth and our cost savings activities," Goldner said. "With most of the year ahead of us, we remain on track to deliver profitable growth for the full-year 2019."

As Bumblebee fades, Hasbro has Avengers merchandise rolling out and expects continued growth from new Star Wars, Frozen, and Spider-Man movies slated to come out later in the year.