Shares of German hotel search website trivago N.V. (NASDAQ:TRVG) leapt 11% in early trading Tuesday before settling down to a still respectable 10% gain as of 1 p.m. EDT.

You can thank the friendly analysts at Guggenheim for that. 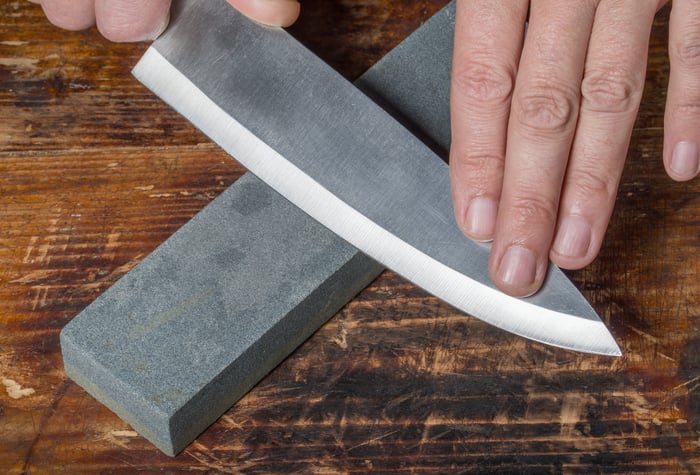 What might happen to profits, if trivago cut its advertising budget a bit? Image source: Getty Images.

This morning, Guggenheim analyst Jake Fuller -- one of the top 10% of analysts, according to ratings website Tipranks -- began musing publicly on what would happen to money-losing trivago if it should decide to spend a bit less money on advertising and keep a bit more money as profit.

trivago, as the analyst points out in a note covered by StreetInsider.com today, spent about 80% of its revenue on advertising last year -- and ended the year losing $25 million, its fifth straight such money-losing year, according to data from S&P Global Market Intelligence. But lately, the company has shifted its "focus" toward becoming profitable.

Guggenheim notes that with $800 million or so currently going to ad-spend, there's a lot of room for trivago to trim that spending and keep more cash to fall to the bottom line. The company's guidance doesn't seem to incorporate this possibility, however, and that could potentially take investors by (pleasant) surprise.

Analyst  estimates are calling for trivago to earn $0.02 per share in its upcoming quarterly report, and to earn $0.09 per share by the end of this year -- both after losing money in the corresponding periods last year. That will be good news if it proves out, and if trivago trims its ad spending even just a bit, it could really wow Wall Street by reporting above-consensus profits.

Potentially, Guggenheim thinks we could even see trivago report earnings before interest, taxes, depreciation, and amortization of as much as 100 million euro this year, after generating no EBITDA at all last year. Judging from today's buying activity, it seems investors like the sound of that possibility a lot.