Beer and potato chips often go together, but not today.

PepsiCo (PEP -0.50%) is the maker of several household name brands, including Lay's, Quaker, Gatorade, and Cheetos, among many others. The company enjoys a leading market-share position in most markets around the world. The stock has delivered a total return, including dividends, of 72.5% over the last five years, which is in line with the broader market.

Anheuser Busch Inbev (BUD -1.14%) is known for its iconic Budweiser brand, but also owns more than 500 others, including Stella Artois, Corona, Beck's, and Brahma. AB Inbev owns eight out of the 10 most valuable beer brands in the world. However, the stock has been flat over the last five years as the company has struggled to grow beer volume in the face of shifting consumer preferences toward wine and craft beers.

We'll compare both companies on financial fortitude, valuation, and growth expectations to determine which stock is the better buy for investors today. 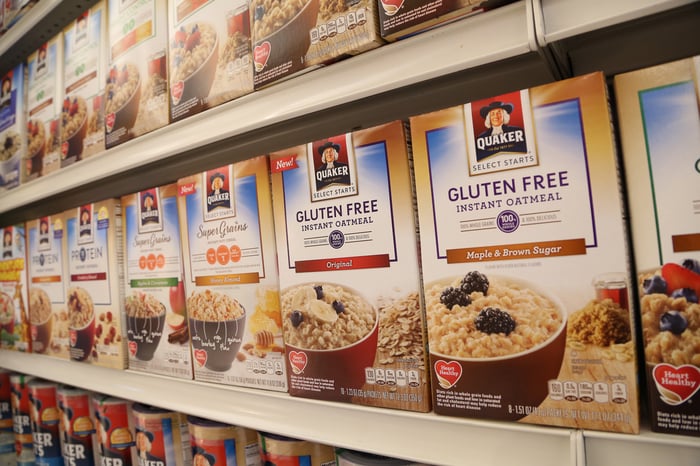 First up is the test of financial fortitude. This is crucial for comparing two companies that carry a lot of debt on their balance sheets.

Both Pepsi and AB Inbev can handle a large debt load because of their brand strength and predictable sales every year. However, too much debt can hurt a company's ability to remain financially flexible. Recently, AB Inbev had to cut its dividend to prioritize paying down its debt burden.

With that in mind, here's how both companies stack up on key financial metrics:

Both companies generate about the same level of free cash flow, but Pepsi expects free cash flow to be around $5 billion this year due to investments to position for long-term growth. Still, Pepsi has a significantly lower amount of debt, which puts it in a stronger position financially than Bud.

Here's how both stocks measure up on valuation:

Looking at the forward P/E and PEG ratio, Bud is the better value. Plus, analysts expect the King of Beers to grow earnings 10.8% annually over the next five years, compared to 4.65% for Pepsi. So investors are potentially getting more growth with Bud for a lower price.

Even after the dividend cut, Bud has a higher yield and pays out a lower portion of its free cash flow as dividends. With Bud's lower cash payout, management has more wiggle room to resume increasing the dividend over the next few years.

While more consumers are limiting their sugar consumption, Pepsi is still generating top-line growth because of its broad diversity across many brands. Despite the headwinds, Pepsi delivered organic revenue growth of 3.7% in 2018, while adjusted earnings per share climbed 9% year over year.

Pepsi just reported its first-quarter results, which showed continued improvement in organic revenue, up 5.2% year over year. However, investments in areas to improve long-term growth, such as expanding capacity and brand building, caused adjusted earnings to grow only 3% in the first quarter.

For the full year, management is calling for organic revenue growth of 4%, but adjusted earnings should be down about 1% given the ongoing investments in the supply chain and increases in marketing expense.

On the other side, Anheuser Busch has faced headwinds over the last few years with soft demand for some of its core beer brands as consumers in North America shift to wine, Mexican imports, and craft beers. Part of the problem is that AB Inbev has given up the rights to sell its Corona brand to U.S. consumers to a competitor. But last year the company still proved it can deliver growth with revenue up 4.8%.

Currency headwinds and other finance-related costs cut into AB Inbev's bottom line as adjusted earnings per share fell nearly 15% to $3.44. That performance weighed on the stock price performance last year. However, cost synergies from the integration of SABMiller have totaled $2.91 billion since the acquisition in 2016, and management expects to achieve an additional $290 million by the end of 2019.

The cost savings are expected to lift margins, which is reflected in the consensus analyst forecast for the company to grow earnings about 11% annually over the next five years.

Last year, AB Inbev had its best market-share performance since 2012. The company's three core global brands -- Budweiser, Corona, and Stella Artois -- make up more than 20% of the company's total revenue, and all experienced growth last year.

Looking ahead, the King of Beers is well positioned to grow revenue over the next decade as demand for premium beers gains traction. Management credited this trend for the company's recent performance on the top line.

All in all, I would give the edge to the King of Beers here, given its improving growth outlook.

Both companies face obstacles with shifting consumer preferences, but an investment in the beer giant seems like the better pick right now based on higher growth expectations, lower valuation, and the "premiumization" trends favoring Bud's core beer brands.