Sinemia shuts down stateside operations -- effectively immediately -- as it concedes that its third-party movie service is unsustainable.

AMC Entertainment (AMC 4.71%) continues to gain traction with its bar-raising multiplex subscription service. There are now more than 750,000 AMC Stubs A-List members, and the leading exhibitor's strategy to disrupt the disruptors is paying off nicely.

Sinemia -- an indie platform that tried to woo moviegoers with the value proposition of paying a monthly price for access to local screenings -- is shutting down its U.S. operations this week. It's the latest but not necessarily last third-party service to go under. All eyes are now on you, Helios and Matheson Analytics' (HMNY 10000.00%) MoviePass. 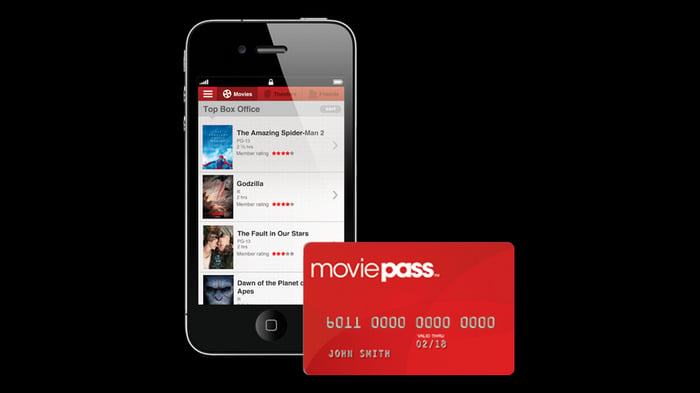 Sinemia is right. It could never compete with the inherent advantages in this niche that belong to AMC and the smaller chains likely to follow. Sinemia and MoviePass have -- or in Sinemia's case had -- to pay face value for most of their tickets, taking a bath on their more-active members. AMC, on the other hand, can sacrifice its take at the box office for the sake of high-margin concession sales and deeper customer integration.

AMC Stubs A-List was launched exactly 10 months ago, giving film buffs a way to see as many as three screenings a week for a flat rate of roughly $20 a month. AMC hit the market at roughly double what Helios and Matheson Analytics was commanding for its $9.95-a-month MoviePass platform, but AMC's subscription included the ability to make advance reservations online, access to premium screenings, and even an expedited line at the concession stand.

Sinemia and MoviePass offered the freedom to hit up any theater, but financing eventually dried up for Sinemia. Helios and Matheson Analytics raised another $6 million last month, but its membership base has dried up as the remaining MoviePass customers are forced to jump through more hoops just to catch a flilm.

AMC is not showing any signs of slowing. There were 600,000 A-List members when the year began, and last week it announced at its AMC Investor Day presentation that it had topped more than 750,000 subscribers. It was also at that event that AMC said that it expects A-List to contribute more than $3 per member in incremental adjusted EBITDA -- every month -- by the end of this year.

Sinemia saw the writing on the multiplex wall. The font's big enough for MoviePass to see it, too.