Shares of Ford Motor Company (F -7.61%) were sharply higher on Friday morning after Ford reported first-quarter earnings that came in well ahead of Wall Street's expectations, showing that its ongoing restructuring efforts are beginning to pay off. 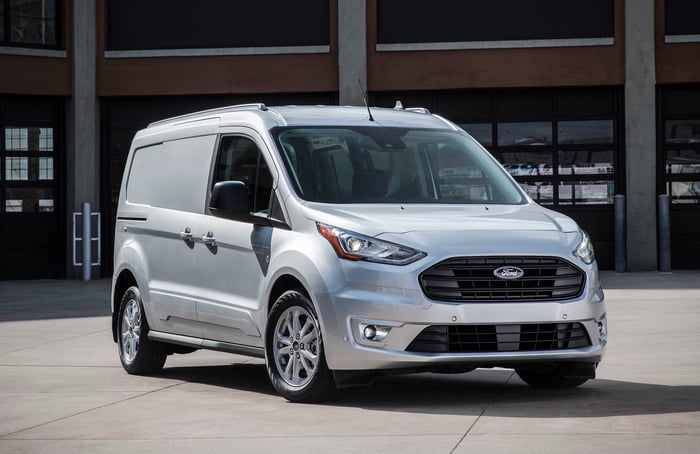 For the last several quarters, Ford investors have waited to see fruits of what CEO Jim Hackett has called a fundamental "redesign" of the company's global business. That wait ended when Ford reported its first-quarter results after the markets closed on Thursday. Excluding a series of one-time charges, most related to restructuring, Ford earned $0.44 per share in the first quarter -- enough to blow right past Wall Street's $0.26-per-share estimate.

Cost gains and product-line shuffles helped ease losses in China and South America and returned Ford Europe to profitability after three money-losing quarters. And in North America, good sales of pickups and commercial vehicles (and a decline in lower-margin sedan sales) helped Ford deliver a regional operating margin of 8.7%, up from 7.8% in the first quarter of 2018.

Ford still has a lot of work to do, of course. And some of the work will be (and has been) expensive: Ford took $514 million in one-time charges related to restructuring in South America and Europe in the first quarter, and CFO Bob Shanks warned investors that restructuring-related one-time charges will total at least $3 billion by the end of 2019.

But investors were cheered by the results to date and by Ford's growing confidence: The Blue Oval has a slew of new products headed to market over the next few quarters, and Shanks said Ford now believes that its full-year results in 2019 will improve on 2018's.