Management also revealed, for the first time, how many people use Venmo: over 40 million in the last twelve months. These details make Venmo look much stronger than Square's (SQ 3.77%) Cash App, which last reported 15 million monthly users. 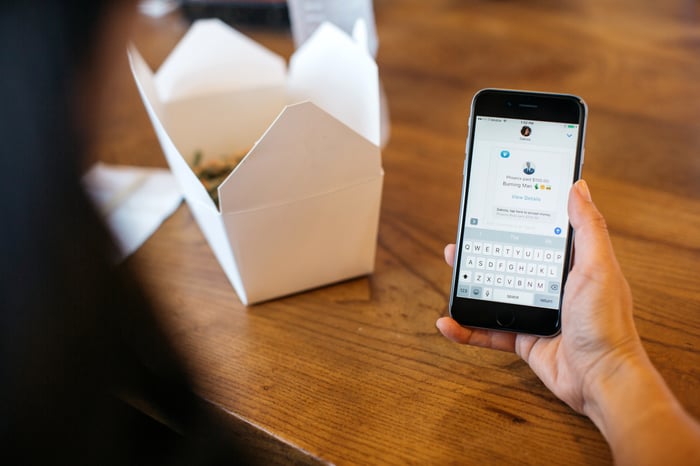 Where that money is coming from

Three months ago, management said Instant Transfers generate about half of Venmo's revenue, while the other three sources generate the other half. "We feel like there's a really good balance between the multiple initiatives we have there," COO Bill Ready said on the first quarter earnings call.

Both Venmo and Square have said they see an opportunity to provide services to the underbanked. Square is well ahead of Venmo in that regard, as it offers the ability to receive direct deposits in Cash App. Venmo has merely followed in the footsteps of Square in its monetization efforts.

Still, it's hard to argue with the results. Venmo just saw a sequential increase in revenue of about 50%. Square doesn't break out its results for Cash App, but Cash Card -- its prepaid debit card -- quickly jumped into the list of revenue growth drivers for its subscription and services revenue the company provides every quarter.

Forty million users is a sizable user base for Venmo, especially considering it only operates in the United States. PayPal counts 255 million consumers as users globally, and while not directly comparable, Square counts 15 million monthly users on Cash App (that number could be higher if it counted users over a 12-month period like PayPal).

Management noted, in passing, Venmo's user growth is accelerating. That doesn't seem likely, however, considering the slowdown in total payment volume growth. That growth is still very strong, however, up 73% year over year last quarter.

Square, notably, has increased its fee on Instant Deposit -- its version of Instant Transfer -- to 1.5%. That may mean there's still room for Venmo to increase its pricing as well. Considering how much of Venmo's revenue comes from Instant Transfer, a price increase could have a huge impact on its top line.

But the growth in Cash App downloads relative to Venmo isn't to be ignored. In combination with Cash App's higher fees, it may be an indication that it offers a better solution for most than Venmo, which suggests Venmo's long-term growth may suffer. At this point, however, it seems like there's plenty of room for both offerings to keep up strong revenue growth rates by attracting new users.