The struggling food giant is replacing its leadership, but incoming CEO Miguel Patricio has a full plate as he attempts to change the company's course.

When Warren Buffett and 3G Capital teamed up to form Kraft Heinz (KHC -1.52%) in 2015, the plan was for the massive conglomerate to acquire other consumer foods brands and let 3G Capital's renowned leadership work its cost-cutting magic. However, that strategy has failed to pay off. The company hasn't closed a large deal, despite making a play for Unilever two years ago. Capitulation came in February when the company announced it would take a $15.4 billion goodwill writedown and cut its dividend, sending the stock down nearly 30% in one day.

In search of a new direction, the company just announced it will replace CEO Bernardo Hees with Miguel Patricio, a senior executive at Anheuser-Busch InBev. Let's look at the company's biggest challenges, and what investors should expect as Patricio takes the reins.

The missteps of Bernardo Hees

Bernardo Hees ran Kraft Heinz the way a private equity company would, which is no surprise given he's a partner at 3G Capital and the firm's track record. Hees was appointed CEO of Heinz in 2013 when it was originally acquired by 3G Capital and Berkshire Hathaway. He oversaw the $45 billion merger with Kraft in 2015 and has managed the underperforming company ever since. Before this, Hees was the CEO of Burger King, which was another, albeit more successful, 3G Capital investment.

From the start. Kraft Heinz was saddled with debt, and the company quickly turned to 3G's typical cost-cutting strategy to improve its financial situation. Deep cuts were made to corporate overhead and research and development, and within four months of completing the merger, 10% of employees had been terminated.

In the process of squeezing out profitability, the company lost sight of longer-term efforts, including brand innovation and creative marketing. This occurred during a time of disruption in the consumer-packaged foods industry when start-ups, funded by bottomless venture capital funds, attacked mature brands with millennial ethos and direct-to-consumer business models (not to mention the additional competition from major retailers' private label brands). As a result, consumer perception of Kraft Heinz' stable of brands suffered and lost market share.

For example, its Oscar Mayer business has stuck to selling its classic processed meats, despite growing consumer preference for healthier alternatives. According to Nielsen, Oscar Mayer's market share in the processed meat market declined from 34% to 30.5% between 2015 and 2018.

The net result of the past few years has been a handful of small acquisitions, stagnant revenue, falling profitability, and a still cumbersome debt load. 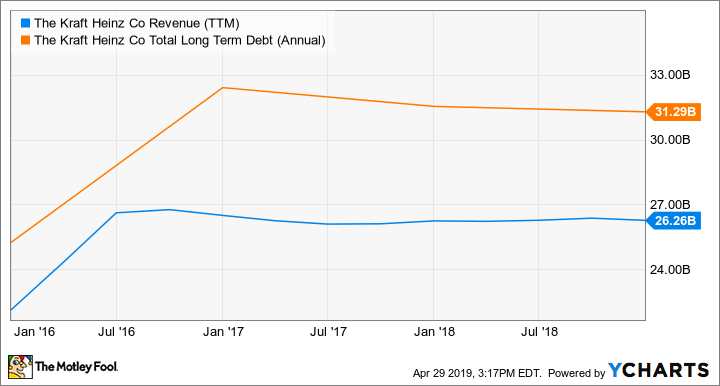 Hees followed the 3G playbook for Kraft Heinz, running the company like a private equity holding, but in the process, he starved the company of some much needed investment and innovation.

What can we expect from Miguel Patricio?

Shareholders hope Miguel Patricio will bring new energy to Kraft Heinz when he takes over in July.

First, having spent the past two decades at AB InBev, including a stint as the chief marketing officer, Patricio is a "marketing guy," not a "finance guy." While at the beer giant, he managed brands, including Budweiser and Stella Artois, which both saw strong organic growth during his tenure. Marcel Herrmann Telles, a Kraft Heinz board member, described Patricio as having "one of the best brand-building minds in the industry."

Second, although Patricio worked at a 3G Capital portfolio company as a senior executive, he's not directly employed by the private equity firm. Therefore, he comes into the situation at Kraft Heinz as an outsider, someone partially removed from the "3G mentality" that has been the guiding force over the past several years.

Since the announcement, Patricio has made public statements that confirm his intent to focus on rebuilding the brands. During a TV interview, he commented, "My profile will bring a much more consumer-centric vision]." He added, "I think the obsession for efficiency has to be much bigger than the obsession for cutting costs."

The appointment of Patricio is an encouraging sign that Kraft Heinz is embracing a new strategy focused on reinvesting in its brands, and it'll be interesting to see how he executes his vision.

So where will Kraft Heinz go from here?

In the near term, the company may continue to shuffle its portfolio of brands through subtraction, not addition. Hees has indicated the company will part with brands that lack competitive advantages, and there are reports of several potential divestitures, including Maxwell House coffee.

In the medium to long term, it's safe to assume that Patricio will try to put Kraft Heinz on a different trajectory, one that can deliver organic growth, perhaps even at the expense of profitability. However, the massive company won't be able to change course overnight. Kraft Heinz still has $31 billion of debt weighing on its balance sheet and limiting its flexibility, and it'll take time to improve consumers' perception of its many mature brands.