The payments giant has fine-tuned its immensely successful partnering strategy by adding an equity component to its deal-making.

PayPal Holdings (PYPL 0.80%) continued its relentless growth march in the first quarter of 2019, as revealed by results released on April 24. Even as transaction volume continues to climb, over the last few quarters, PayPal has noticeably altered its approach to expanding its network and thus its revenue base. After reviewing the first-quarter report below, we'll explore how PayPal's strategic focus has shifted in a brief period of time. Note that all comparative numbers below are presented against the prior-year quarter.

PayPal's era of partnering isn't over, but it's added a new dimension

During the quarter, PayPal announced the implementation of an instant funds transfer feature for its users, enabled via its partnership with JPMorgan Chase. The company also divulged a new venture with Facebook's Instagram, wherein PayPal will power Instagram's checkout feature, which allows users to purchase merchants' products without leaving the popular social platform's site.

While PayPal continues to pursue such partnerships with large retail multinationals, social platforms, and payments competitors, it's recently begun to take partial equity investments in growth companies in the payments space. This is a departure from its practice of outright purchases of strategic acquisition targets such as iZettle and Hyperwallet.

For example, during the quarter, PayPal initiated a $750 million investment in Latin American e-commerce juggernaut MercadoLibre (MELI -0.17%). As a consequence of the investment, the organizations plan "to enter into a commercial agreement establishing initiatives to strengthen both companies' networks." Over the long term, this should help boost PayPal's cross border volume, which accounted for 18% of TPV this quarter.

Partial equity investments often have a dual purpose of helping to expand PayPal's customer base or merchant capabilities, while reaping rewards of the target corporation's growth. A pertinent example is PayPal's investment in privately held robo-investing app Acorns. PayPal acquired an undisclosed minority stake in Acorns in late 2017, and soon thereafter allowed PayPal customers the ability to use Acorn's auto-roundup feature, which invests incremental amounts in index funds through the rounding up of PayPal purchases to the next even dollar amount.

PayPal provides more utility to its own customers through its relationship with Acorns, thus helping to bolster network size. It also funnels new customers to Acorns, which should eventually drive the value of its equity investment higher. PayPal has a growing portfolio of such partial minority equity investments: 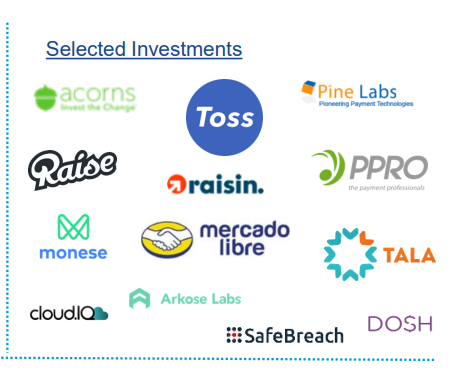 Changes in unrealized gains from multiple partial investments must be accounted for on PayPal's income statement, and after the MercadoLibre investment, the impact on earnings has become material. MercadoLibre was responsible for $0.08 of PayPal's $0.56 in diluted earnings per share this quarter. Going forward, PayPal plans to issue a detailed document each quarter explaining the effects of its various unconsolidated interests on earnings.

So, while PayPal continues to expand its user base via partnerships and focuses on monetizing Venmo's transaction volume, it's also rapidly becoming a notable venture capital investor in multiple e-commerce and fintech disciplines.

This shift became even more pronounced just two days after the first-quarter earnings release. On Friday, ridesharing service Uber updated its S-1 registration filing with the Securities and Exchange Commission for its initial public offering, and revealed that PayPal will invest $500 million in the service via a private placement of securities. PayPal's investment will be priced equally to Uber's initial public offering price.

According to the S-1 filing, PayPal and Uber will expand their current partnership by collaborating on new commercial payment solutions, including the creation of a digital wallet for Uber.

PayPal has the means to execute several transactions of the magnitude of the Uber and MercadoLibre investments annually. The company has no long-term debt, and following the sale of its consumer credit receivables portfolio to Synchrony Financial last year, PayPal currently boasts $6.4 billion in net working capital. Furthermore, its business model supplies ready money for investments -- PayPal generated a cool $1 billion in operating cash flow in the first quarter. 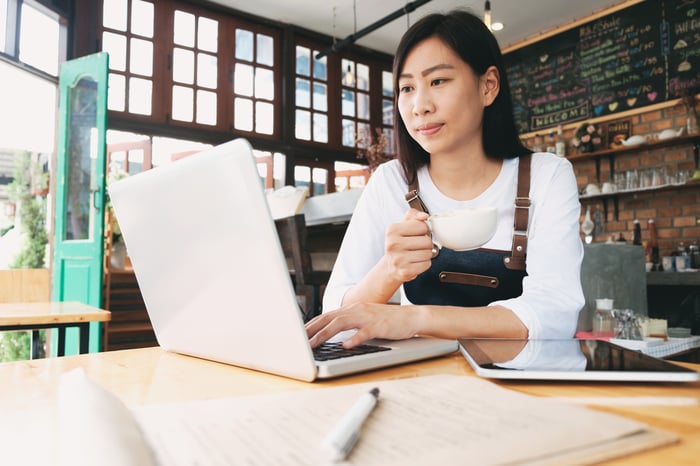 In its earnings release, PayPal maintained its full-year 2019 revenue target of $17.85 billion-$18.0 billion, which will result in year-over-year growth of 16% to 17%, including 3.5 percentage points of negative impact from the consumer credit sale to Synchrony.

Full-year earnings per share are now anticipated to fall between $1.97 to $2.05 in 2019, against an earlier expected range of $1.83 and $1.93. This revision incorporates strong results from the first quarter as well as the impact of equity investments, primarily from MercadoLibre.

For the second quarter, PayPal expects revenue growth of 11%-13%, inclusive of seven percentage points of foregone revenue from the Synchrony receivables sale, resulting in a total revenue target of $4.30 billion-$4.34 billion. The company expects diluted earnings per share of $0.50-$0.52 in the second quarter, which includes $0.01 impact from equity investments. This will equate to year-over-year earnings expansion of 16%: PayPal is continuing to realize an aggressive bottom-line impact from its penchant for partnering and deal-making.